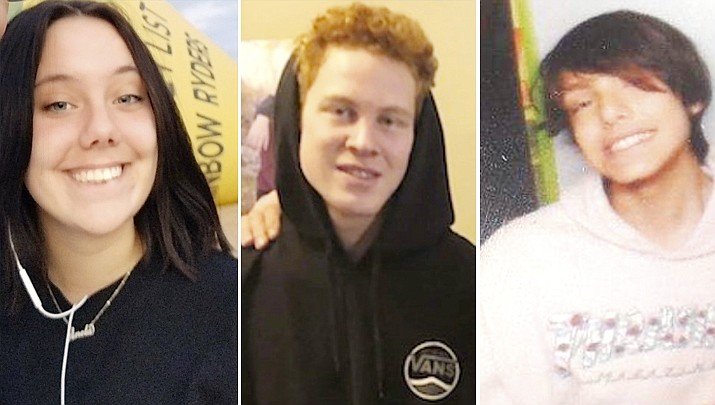 Anela Jade Lopez, 17, Brayden Low, 17, and Isreal Egnacio Corona Vasquez, 15, have all been reported as missing teens in Dec. 2019. (PVPD/Courtesy)

Isreal Egnacio Corona Vasquez was located on Jan. 3 and is no longer wanted by the Prescott Valley Police Department.

The other two juveniles, Anela Jade Lopez and Brayden Lee Low, are still being sought. 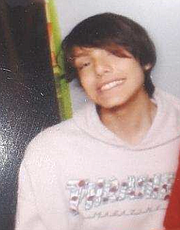 Fifteen-year-old Isreal Egnacio Corona Vasquez was last seen at his home on Dec. 19. He reportedly left sometime during the night/early morning and has not been seen or attended school since.

He is described as being 5-foot-10, 120 pounds with brown hair and brown eyes. 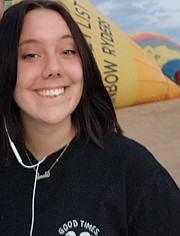 Seventeen-year-old Anela Jade Lopez was allowed to stay the night at a friend’s house on Dec. 5 and was supposed to return home the next day, but never did.

She is described as being 5-foot-5, 135 pounds with brown hair and green eyes. 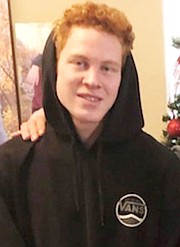 Seventeen-year-old Brayden Low was last seen at his residence on Dec. 26. He worked at Discount Tire in Prescott prior to running away and has not shown up to work since.

He is described as being 6-foot-1, 150 pounds with red hair and blue eyes.

To report information on any of these runaway juveniles, contact the Prescott Valley Police Department at 928-772-9267.

Editor's Note - Prescott News Network generally does not publish photos and names of minors who have reportedly run away; however, the newspaper is making an exception in this case at the request of the Prescott Valley Police Department.