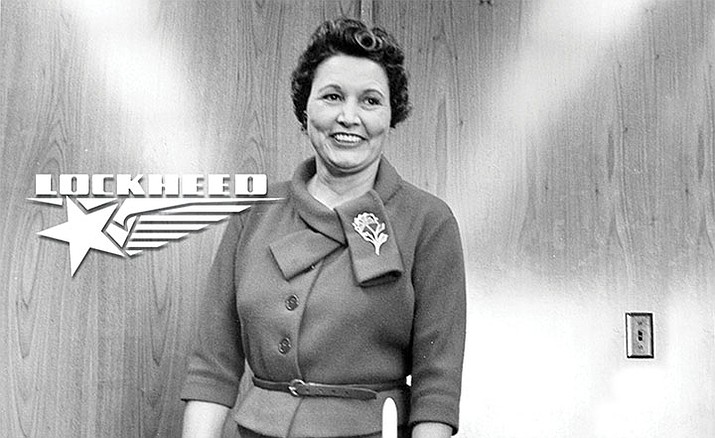 The Smoki Museum is set to open its new special exhibit, “The Daughters of Turtle Island: A Tribute to Native Women.” (Smoki Museum/Courtesy) 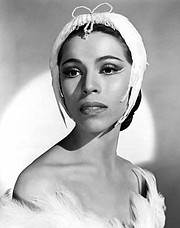 Elizabeth Marie “Betty” Tallchief was an American ballerina. She was considered America’s first major prima ballerina, and was the first Native American to hold the rank. (Smoki Museum/Courtesy)

The Smoki Museum is set to open its new special exhibit, “The Daughters of Turtle Island: A Tribute to Native Women.”

The exhibit highlights the extraordinary contributions of historic and contemporary Native Women, and is an exhibit that has been a long time coming, said Smoki Museum Assistant Director Manuel Lucero IV.

“You always hear about all these men in history doing these great things when it’s kind of an unspoken, unsung thing with women and the great work that they do,” Lucero said, calling to attention the old adage that behind every great man is a strong woman. “Whereas with a lot of these women, they didn’t even bother with the men at all. They went ahead and did what they were going to do for their people and the country as a whole.”

The Smoki Museum will be open from 1 to 4 p.m. Saturday, Jan. 4, for the exhibit’s opening. It will run through May, Lucero said.

Included in the exhibit is Annie Dodge Wauneka, a Navajo politician, the first woman voted into office in the Navajo Nation, advocate for the improved health care of her people and the first Native American to receive the Presidential Medal of Freedom. There’s also Viola Jimulla, the first Yavapai Chieftess.

Every exhibit presents an opportunity to be creative and learn new things, said Museum Operations Manager Alexandra Rudolph. With this one, it was great to dive into the lives of all the featured women and learn about those who have had impacts on the current cultural landscape, yet no one hears about, Rudolph said.

“I was particularly fascinated with (Mary) Golda Ross and all of her work,” she said. “I mean, her work with Lockheed Martin put a man on the moon, and no one hears about her.”

The opportunity to teach kids, especially young girls, about a lot of these women is really special, Rudolph said. The women featured, she said, are people they’re not going to learn about in school, yet they achieved great things and it shows kids they really can grow up to be anything they put their mind to. 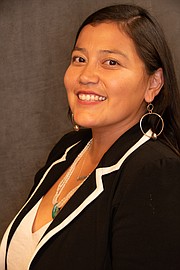 When it came down to figuring out who to put in the exhibit, the biggest challenge was narrowing down the selection because there were so many great women, Rudolph said.

“They are all from such diverse backgrounds,” she said. “We have scientists, artists, political leaders, we have a ballet dancer.”

The ballet dancer, Maria Tallchief, and Golda are her top two women of the exhibit, Rudolph said. As for contemporary women, her top three are rounded out by Jaclyn Roessel, a museum consultant whose work primarily deals with decolonization, she said. It’s been fun being in communication with her and talking about her work that involves looking at Native American art and artifacts and cultural resource materials and how museums display them in a way that is culturally appropriate, and implementing museum policies that respect and work with the native people whose resources they have, Rudolph said.

“There’s not a family or native person that can say I don’t know anybody that that’s happened to,” he said.

Usually it happens on the reservation by a non-native person, and the tribal police can’t do anything about it because they have no jurisdiction to arrest and take in someone who is not part of that tribe, Lucero said. Laws are changing now, though, and the exhibit will address that, he said.

During the exhibit’s run, there will be speakers coming in, Lucero said. They will be powerful native women in today’s society who have done things for their people, he said.

“We want to bring to light some issues that are glossed over and nobody really thinks about,” Lucero said. “We also want to put our women in the limelight because they deserve it just as much as anybody else.