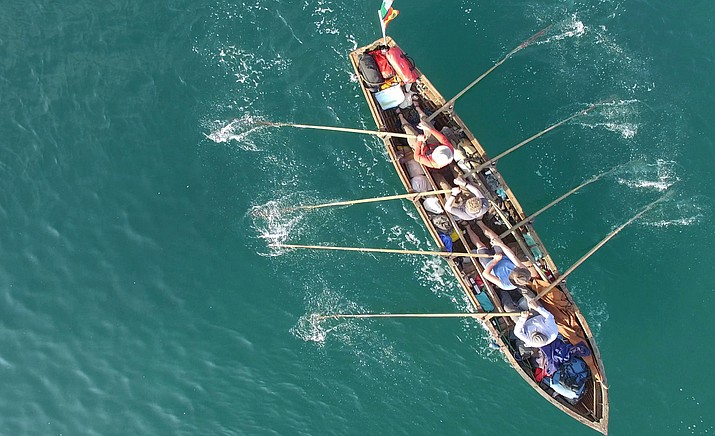 A crew including a writer, two musicians, an artist and a stonemason embark on the Camino by sea, in a traditional boat that they built themselves on an inspiring, and dangerous, 2,500 km modern day Celtic odyssey all the way from Ireland to Northern Spain in “The Camino Voyage”. 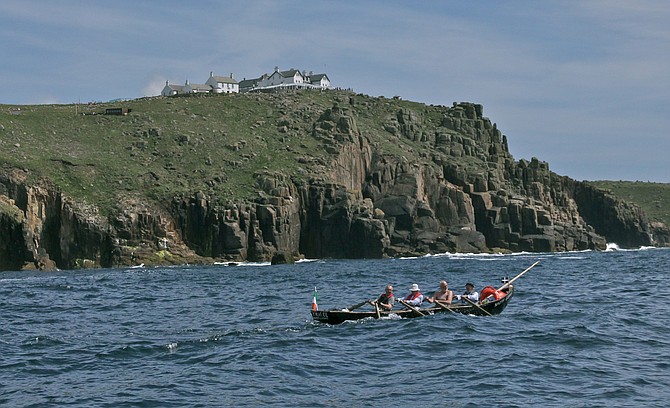 The Sedona International Film Festival will present the Northern Arizona premiere of the award-winning new film “The Camino Voyage” Jan. 3-6 at the Mary D. Fisher Theatre.

A crew including a writer, two musicians, an artist and a stonemason embark on the Camino by sea, in a traditional boat that they built themselves on an inspiring, and dangerous, 2,500 km modern day Celtic odyssey all the way from Ireland to Northern Spain.

Inspired by such accounts the Irish Writer & Poet Danny Sheehy and his crew embarked on a 500km journey in 2012 to the Abbey of Saint Colmcille in Iona, Scotland.

This was one of many sea journeys for the crew.

For hundreds of years people sailed from Ireland to A Coruña in Northern Spain and walked the camino to Santiago de Compostela from there. In 2014 this inspiring crew began their own version of this historical voyage in their own handmade traditional boat, called a ‘Naomhóg’.

Pulling into coastal towns and villages en route, camping and cooking as they went — this eclectic crew forged many new friendships; surprising those they met with a boat that seems to come straight out of the middle ages.

This tiny boat against the backdrop of the vast ocean struck a chord in peoples’ imaginations all the way along the voyage. Every community that they have connected with en route opened their doors — and their hearts — to this crew, and the men have in exchange, inspired them with their courage, endurance, storytelling, music, poetry and song in a coming together of people in the most fundamental and ancient of ways.

This intimate documentary charts the trials and tribulations of a voyage that, in the words of Danny Sheehy, took “sweat, blood and blisters to complete while deepening and renewing friendships, creativity and spirituality in the process.”

“A fascinating tale of faith and brotherhood.” — The Irish Examiner

“Reflects the spiritual power of the experience.” — The Times

“One of the most beautiful films I’ve ever seen.” — Actor Paul McGann

Tickets are $12, or $9 for Film Festival members. For tickets and more information, please call 928-282-1177. Both the theatre and film festival office are located at 2030 W. Highway 89A, in West Sedona. For more information, visit: www.SedonaFilmFestival.org.