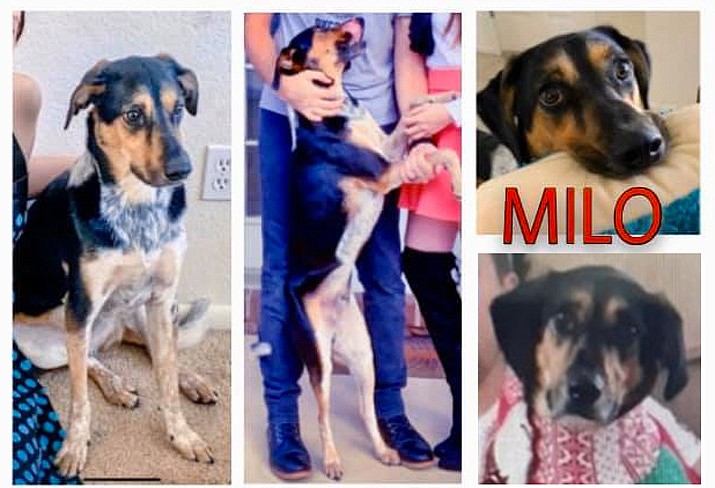 On Dec. 29, Prescott Valley resident Derrick N. Monet, 25, was seriously injured after the Tesla he was driving crashed into the back of a parked firetruck on an interstate in Indiana. Derrick's wife, 23-year-old Jenna of Prescott Valley, was killed in the crash. The Monet's dog, Milo, was traveling with them but ran away from the accident scene. (ACE - Animal Containment and Education)

CLOVERDALE, Ind. — Volunteers are searching for the dog of a Prescott Valley military serviceman injured in a car crash that killed his wife.

On Sunday morning, Dec. 29, Prescott Valley resident Derrick N. Monet, 25, was seriously injured after the Tesla he was driving crashed into the back of a parked fire truck on I-70 in Putnam County, Indiana.

Both victims were seriously injured on impact and had to be extricated from the wreckage. Jenna died from her injuries at Terre Haute Regional Hospital.

The Monet's dog, Milo, was traveling with them but ran away from the accident scene.

Derrick, an active duty Air Force serviceman, remains hospitalized so volunteers are working to bring him some hope in the midst of tragedy by locating and returning Milo.

A nonprofit animal recovery group in Indiana called, ACE (Animal Containment and Education) has organized a search using volunteers. According to its Facebook page, "ACE specializes in the recovery of at-large, at-risk, fearful dogs, in partnership with animal welfare agencies, law enforcement, and the community."

“He needs our help,” Angie List told wishtv.com. “Your heart just kind of falls into your stomach, especially when you hear about it as someone passing through our state. I hope that we can bring some peace to the family by getting that family dog back.”

Milo, a neutered shepherd mix, is a rescue dog that served as an emotional support dog to help Jenna with anxiety. He is a skittish dog and not very trusting of unfamiliar people. Milo also has a microchip that can help identify him if found.

Anyone with information about Milo's whereabouts should not approach him, but instead call, 317-809-4939, or the non-emergency line at the Putnam County Sheriff's Department, 765-653-5115, press option 0. 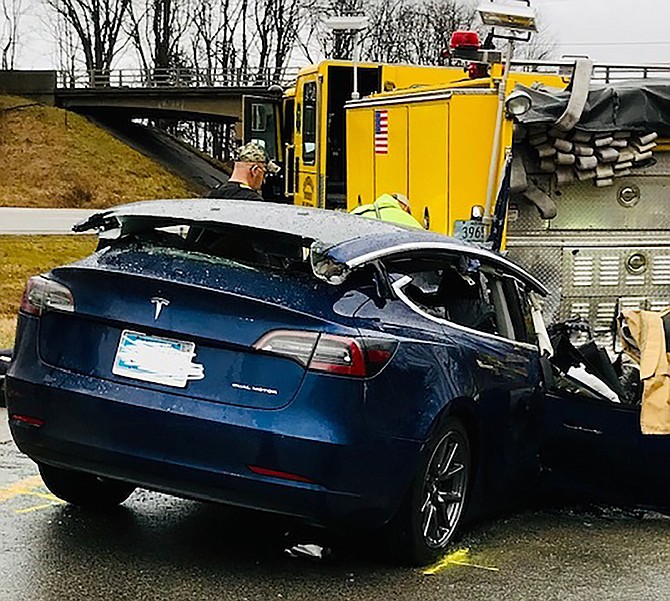