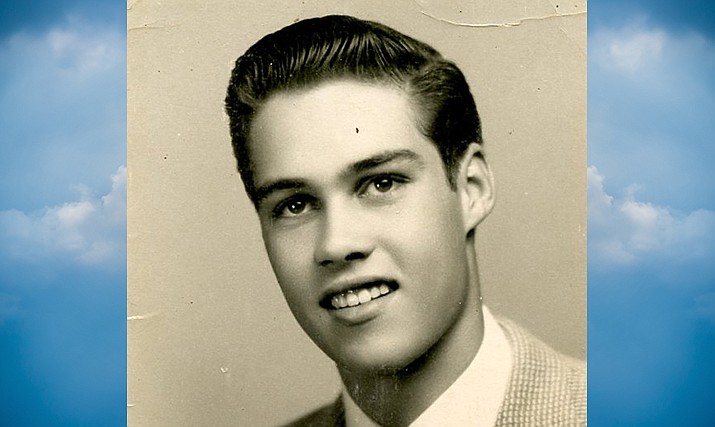 After graduating from Hollywood High School, he began studying accounting at the University of Southern California.

He served during the Korean War as both a water supply specialist and as a clerical aide. After completing his service in the Air Force, Ed returned to school and completed his bachelor’s degree in accounting from Woodbury College.

He held several prestigious positions including comptroller for both the Krofft Brothers Corporation and for the Times Mirror Corporation/Pfaffinger Foundation.

He retired from the Pfaffinger Foundation in 1998.

Ed was first married to Mari Finwall in 1957, and they were together 38 years until Mari suddenly passed away.

They lived in both Los Angeles and Northridge and had two children, Pamela and Steven. He found love a second time and married Marilyn in 1999.

They were childhood friends and had 20 wonderful years together. Ed lived his final five years with Marilyn in Prescott, Arizona.

Ed was an avid student of military history and a skilled hobbyist in constructing several models of great sailing ships.

He was also an enthusiastic fisherman and possessed the elusive (to most of us) green thumb in gardening.

He is survived by his loving wife and two children, five grandchildren, two step-children, and four step-grandchildren.