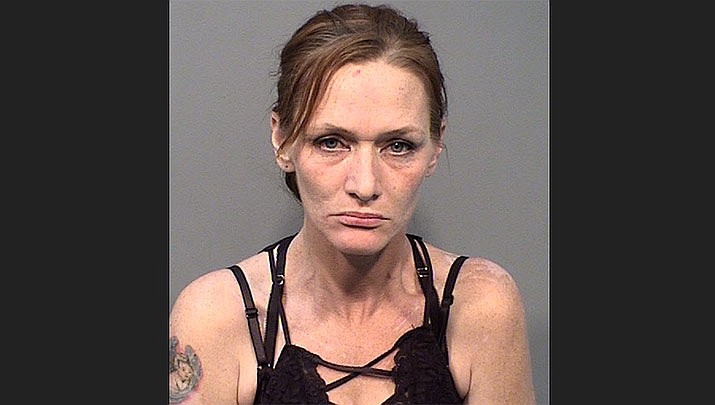 Sarah Luna from Paulden was arrested on suspicion of burglary and assault on Wednesday, Feb. 19, 2020. (CVPD/Courtesy)

A Paulden woman has been arrested on suspicion of burglarizing a Chino Valley resident’s home using a gun.

Shortly after midnight on Tuesday, Feb. 18, Chino Valley Police Department (CVPD) officers responded to the 700 block of Havasu Drive for a report of a home invasion and assault, according to a CVPD news release.

The resident of the home, a 40-year-old woman, told the officers she had answered a knock on her front door from someone she recognized, 36-year-old Sarah Luna from Paulden, and quickly found herself in danger.

After the door was opened, Luna reportedly came in and pointed a firearm at the victim.

The two women got into a struggle, during which the firearm was discharged into the ceiling, CVPD reported. No one was struck by the round. After the fight, Luna fled before police got there.

The next day, officers found and arrested Luna at a business in Paulden.

She was interviewed and then booked into the Yavapai County jail on charges of aggravated assault and 1st-degree burglary.