Another ‘boom’ heard in Prescott and Yavapai County region 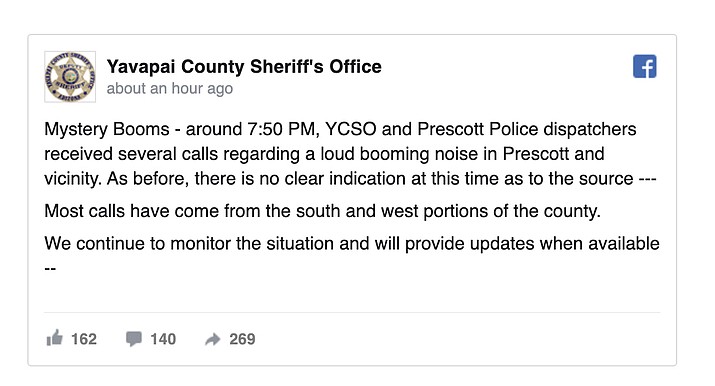 The Yavapai County Sheriff’s Office has received reports of another loud noise on Tuesday evening, Feb. 18.

At about 7:50 p.m., YCSO and Prescott Police dispatchers received several calls regarding a loud booming noise in Prescott and the vicinity. There was no clear indication as to the source of the noise.

According to a Facebook post by YCSO, most calls came from the south and west portions of the county. YCSO said it would continue to monitor the situation.

Unidentified 'boom' in Prescott heard as far away as Phoenix, meteorite hunter investigating