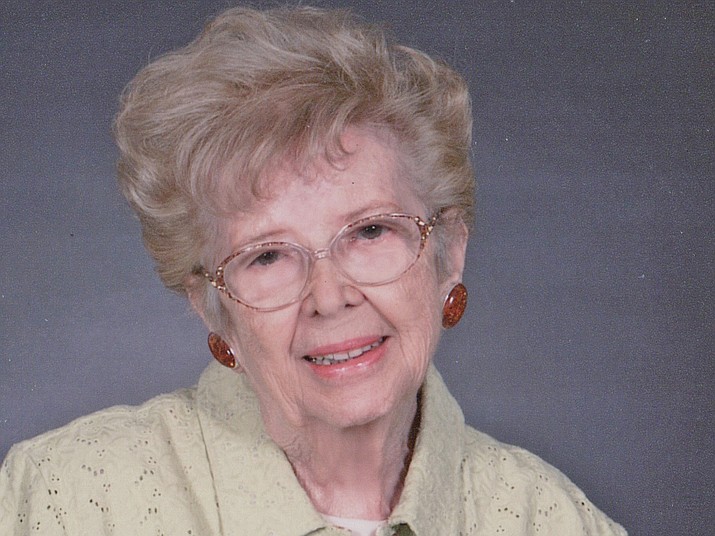 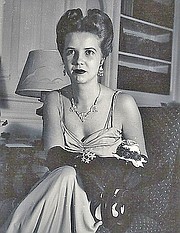 At 95 years old, after a live well-lived, Jean died peacefully surrounded by her three children at Marley House in Prescott, Arizona.

She met the love of her life, William Woodburn, at Roosevelt High School. She attended Cornell College in Mt. Vernon, Iowa, while he went to war. They were married in 1945 after Bill returned from serving in WWII, piloting a B24 for 34 successful missions over Germany. They both studied at Cornell College while she finished her degree in Fine Art. Then they moved on to Ames, Iowa, where Bill finished his architectural degree.

In the 1960’s, Bill and Jean bought an acreage in West Des Moines, Iowa, put in electricity, dug a well and built a house which Bill designed. The family was joined there by son Jeffrey. Amid gardens, trees, dogs and horses, it was a great place to raise children. In 1979 Jean, Bill and Jeff moved to Arizona.

Throughout her life, Jean was very active at her churches. She sang in church choirs for over twenty years, starting in middle school, in the Lutheran Church where her sister played the organ. Later at Plymouth Congregational Church, she sang some very contemporary sacred music under the direction of John Dexter. At First Congregational Church in Prescott, she not only sang in the choir, but also helped run the popular, annual Country Store, which raised funds for local charities, and worked in the offices of the Women’s Fellowship. She volunteered her time at the Prescott Art Docents, a branch of the Phoenix Art Museum, for over twenty years.

At least once a month she brought art enrichment to elementary age children in the public schools. She also served as president of the 100-member group.

Jean was a member of the women’s philanthropic organization P.E.O. for over fifty years, and valued her P.E.O. sisterhood.

The family would like to thank her many friends and caregivers at Las Fuentes, where she lived for ten years and Marley House where she spent her last days.

At her request there will be no service. Jean was a very social person who had a kind word for all. In her memory, please spread that kindness to those with whom you come in contact.

If you’d like to make a memorial contribution in her name, the family suggests the Humane Society and Yavapai Exceptional Industries, her favorite charities; and Marley House, where she found comfort.