Editorial: Why the 2020 census is so important to the Prescott area 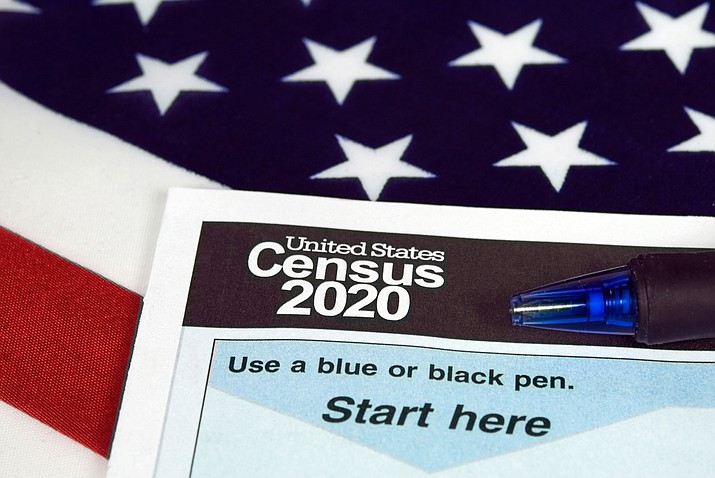 In mid-March, the Census Bureau will begin mailing invitations to participate in the 2020 Census. Most Prescott-area residents should receive them around April 1. Starting in May, census takers will begin visiting homes that haven’t responded to be sure everyone is counted. (Courier stock photo)

Kimberley Robinson, partnership specialist for the Census Bureau, stood up at the Feb. 11 Prescott City Council meeting and said the 2020 Census would be the community’s “legacy through 2030.”

We’d like to add that it will not only be Prescott’s legacy, but the entire quad-city area and the state of Arizona included.

The 2020 Census is our once-in-a-decade opportunity to shape the next 10 years in Arizona.

It touches everything from the access to health care, school lunch programs, our representation from the political aisle, and even the roads we drive on.

Have you driven on Highway 69 lately? Yeesh.

Recent information by Election Data Services reveals that Arizona could even gain one, if not two congressional seats after the 2020 Census because the population has grown faster in the past decade than national average.

“Arizona has seen major growth over the last 10 years, and we’re on track for more,” a Gov. Doug Ducey statement reads on azcensus2020.gov. “The 2020 Census is our opportunity to ensure that every Arizonan in every corner of our state is included and that we maximize our opportunities for future growth.”

What does that “future growth” include?

According to azcensus2020.gov, there are $675 billion in annual funds to be had, which are allocated to all states based on population. That’s an estimated $3,000 per person, per year in Arizona.

If we’re able to count every person living in the quad-city area, we can in fact receive more funding from the federal government to help our schools, our roads, our hospitals, public works and other programs.

So if you want to make a difference, even in what might seem like a small way — but is in fact monumental — be sure to greet that 2020 Census taker knocking on your door with a big smile!

Remember, in mid-March, the Census Bureau will begin mailing invitations to participate in the 2020 Census. Most Prescott-area residents should receive them around April 1.

Starting in May, census takers will begin visiting homes that haven’t responded to be sure everyone is counted.

And don’t forget, for the first time in history, the Census Bureau will allow people to fill out their form online from their computers or smartphones.

Census 2020 numbers will be Prescott’s ‘legacy’ through 2030, says bureau official
Editorial: How residents can protect themselves from a fake census worker
How to spot a fake census worker or census scam
Town official urges Prescott Valley Chamber, residents to participate in Census 2020
Lawsuit seeks to block Census Bureau from adding citizenship question