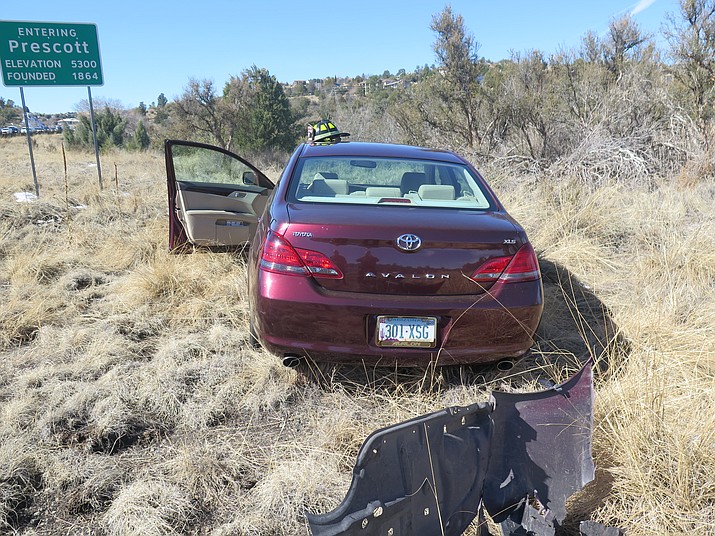 A red four-door sedan sits in a ditch just off Highway 69 near Prescott after an 85-year-old Prescott Valley man reportedly suffered a medical episode causing him to veer into another vehicle and come to a stop in the ditch. (Prescott PD/Courtesy)

Officers with the Prescott Police Department were called to an accident scene on Highway 69 and found an 85-year-old Prescott Valley resident had veered into another vehicle and came to stop in a ditch, according to a release.

At around noon Friday, Feb. 14, the 85-year-old male reportedly suffered what is believed to be a medical episode causing him to veer into another vehicle and then off Highway 69 and into a ditch just east of Prescott.

With assistance from the Arizona Department of Transportation, westbound Highway 69 was partially closed for approximately 45 minutes.

The man was transported to a local hospital and is currently receiving medical attention, according to Prescott PD.

His name was not released, and his condition is unknown.

Highway 69 was reopened shortly after the Traffic Safety Section of Prescott PD conducted a thorough investigation.

No further details were available.