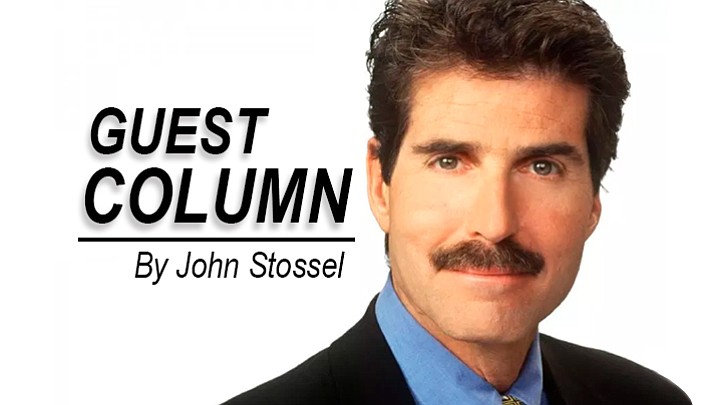 He’s one of the “smartest, most clever, and successful” presidents, says Fox’s Jeanine Pirro.

The man divides opinion like no one else in America.

My latest video looks at the “good, bad and ugly” of Trump. The good is wonderful.

Unemployment is down, and the stock market is up.

Trump deserves credit for that. By criticizing “job-crushing regulations” and appointing some regulators who fear government overreach, Trump signaled people that government would not crush you merely because you make a profit or want to try something new. As a result, 6 million more Americans were hired.

Unemployment fell during Barack Obama’s presidency, too, but under Obama, fewer Americans chose to even look for work. People dropped out of the labor force.

Once Trump was elected, more people applied for jobs again.

Why? I say it’s because his administration sent a new message. Instead of telling people: “You’re victims of an unfair system! You need handouts,” Trump said: “You don’t need welfare. Most of you can get a job.”

Even disability claims, which had been steadily rising, have declined.

Trump did other good things, like appointing judges that tend to rule in favor of free speech and private property.

On the other hand, Trump’s done a lot of bad.

To undermine a political opponent and expose the sleaziness of the opponent’s son, Trump sleazily withheld aid to an ally. Then he lied about it.

Trump lies about all sorts of things — big and small.

He said his inauguration had “the biggest audience in... history.” He kept saying it, even after reports showed it wasn’t true.

He broke his promises about ending America’s wars.

Unlike his predecessors, he hasn’t started new wars — but he’s increased bombings. The USA is now dropping more bombs on Afghanistan than at any time in the last 10 years.

But he did the opposite. Spending has increased by half a trillion dollars since Trump was elected.

Rep. Warren Davidson, R-Ohio, is a Trump supporter, but he’s upset that Trump’s gone along with a big increase in the national debt. Davidson complained to his fellow Republicans, but suddenly, they didn’t seem to care much about the debt now that someone from their party was president.

This week, Trump proposed a budget that would slow the growth of most unsustainable welfare programs. But he knows that won’t get through Congress. Probably, he’ll sign the gusher of spending that Congress produces instead.

“We are on a path to bankrupting our country,” says Davidson.

Trump also says false things about trade. He claimed our $500 billion trade deficit means the U.S. is “losing on trade with China.” But that’s absurd.

“He has a metaphor that the average American understands,” responded Davidson.

“But it’s a wrong metaphor, right?” I asked.

“It is technically inaccurate,” said Davidson.

Trump is also a bully. That’s his ugly part.

He calls people “stupid,” “pathetic,” “a low-IQ individual.” He makes fun of their looks and weight. It’s unpresidential.

“Some of his words certainly have been ugly,” Davidson agreed.

“He’s like a 3-year-old!” I said. “We’re supposed to outgrow that narcissism when we’re an adult.”

“This is all baked into Donald Trump,” replied Davidson. “He is true to who everyone knows Donald Trump as, and they love him anyway.”

“You love him anyway?” I asked.

“I do,” said Davidson. “His policies have been great, and the results are measurably great.”

Many are. And Trump is likely to be reelected, according to the odds on my site ElectionBettingOdds.com. So it looks like we’ll see much more of him.

I hope we get more of the good and less of the bad and ugly.

John Stossel is author of “No They Can’t! Why Government Fails — But Individuals Succeed.” For other Creators Syndicate writers and cartoonists, visit www.creators.com.