Netflix: ‘The Last Thing He Wanted’ is alarmingly unthrilling 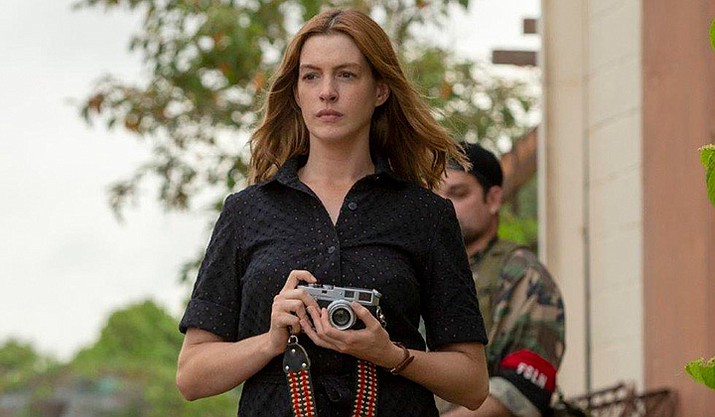 Anne Hathaway stars in “The Last Thing He Wanted,” a political thriller based on a 1996 Joan Didion novel. Oscar-nominated Dee Rees is directing. (Laura T. Magruder/Netflix via AP) 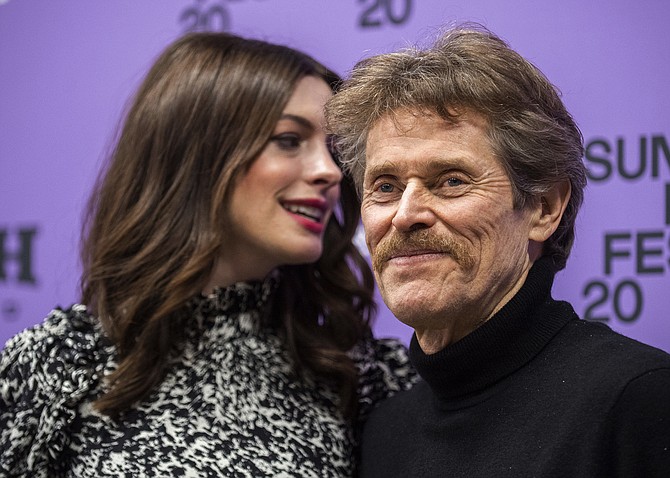 Actors Anne Hathaway, left, and Willem Dafoe attend the premiere of “The Last Thing He Wanted,” at the Eccles Theatre during the 2020 Sundance Film Festival, Monday, Jan. 27, 2020, in Park City, Utah. (Photo by Arthur Mola/Invision/AP)

Not too deep into the Netflix film “The Last Thing He Wanted,” the spunky heroine is given a warning: “Buckle up. It’s gonna be bananas.” It’s advice that checks out. It’s definitely bananas, but not in a pleasant way.

Dee Rees has stumbled badly with her adaptation of Joan Didion’s novel of the same name, creating a messy, disorientating and meandering film. It’s the last thing we wanted.

Partly the problem is due to its framing. The book employs a nameless narrator, a writer who has only a peripheral knowledge of the people and events around which the story revolves. The movie uses chunks of Didion’s prose but keeps the detachment, somehow doubling the alienation by the time it gets onto film, making it a bloodless moral thriller.

Rees, who helmed “Mudbound” to acclaim, directs and co-writes the screenplay with Marco Villalobos and they clearly admire the novel. That leads to pointless scenes, too many minor characters and a lack of precision. For a thriller, there’s also an alarming lack of thrills. So often this films feels like a balloon repeatedly blown up and then just as soon deflated.

Viewers might need to do some homework beforehand and get familiar with Nicaragua in the 1980s. Knowing who the Sandinistas and Contras are is crucial. Being patient with lots of cryptic geopolitical conversations is also a plus. This isn’t based on a true story, but then we oddly get a portrayal of former Secretary of State George P. Shultz. (Look away, Shultz fans. It isn’t pretty.)

The movie stars Anne Hathaway as the middle-aged woman at the heart of the book. Like many of Didion’s heroines, Hathaway’s Elena McMahon has walked out of her life. Actually she does it twice. We meet her as a hard-nosed journalist who has already fled a cossetted existence and wealthy husband. Then we see her flee that high-flying career in order to aid her ailing dad.

Dad (Willem Dafoe, terrific) is a curmudgeonly arms dealer who has manged to arrange one last exchange which will net him $1 million, a lot in the mid-80s. But his memory is failing and he gets confused so he asks his daughter to fill in for him. So that’s how we get Elena in a cocktail dress standing on a remote airstrip in Nicaragua with cases of guns, bullets and land mines.

Somehow the irony of this situation isn’t fully explored. Here we have a righteous journalist who just a few minutes before was declaring “We can’t just look away!” about Central American atrocities who’s now smuggling in the exact weapons fueling the violence. But Elena is moving too quickly to think about it — she’s fallen deep into a twisty conspiracy wrapped in an enigma hidden in a lousy script.

Somewhere in the film is a lesson about corruption of the soul or the venality of nations. But “ The Last Thing He Wanted “ is both too small and too large, unable to tell the whole story of the U.S. meddling in Central America and yet unable to really tell the story of one woman, either.

There are moments when Hathaway really reveals a hurt deep inside — a scene in which she opens her dad’s empty fridge is deeply affecting — but the individual scenes don’t add up to a real portrait. The film also stars Ben Affleck as a shadowy figure and he has decided that being quiet and blank is the best option here, except for a scene in which he eats pie with Shultz, which is just bizarre. There is criminally too little Rosie Perez as well.

The first half doesn’t fit with the second half, there are too many distractions and the filmmakers think it’s clever to leave clues but they do it clumsily and at the last minute and it’s really exhausting for the viewer. There’s a whiff of “The Year of Living Dangerously,” a little “Air America” and some Graham Greene. But it’s a banana peel everyone has slipped on.

“The Last Thing He Wanted,” a Netflix release, is rated R for language, some violence, disturbing images and brief nudity. Running time: 115 minutes. One star out of four. 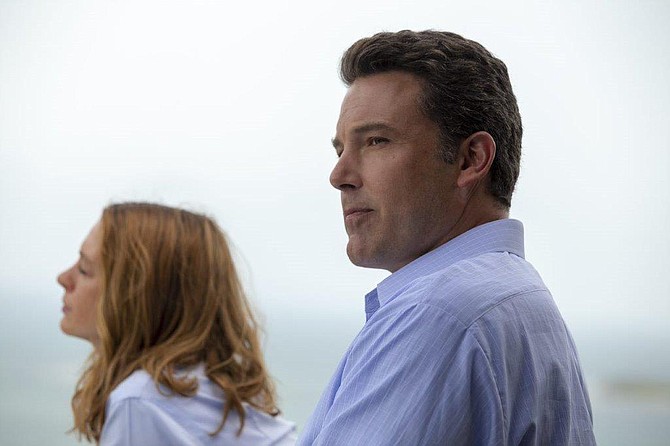 Ben Affleck and Anne Hathaway star in "The Last Thing He Wanted," a political thriller based on a 1996 Joan Didion novel. It's about a veteran journalist who enters a conspiracy in a misguided sense of duty to her father. (Laura T. Magruder/Netflix via AP)