Birding: Birding on the island of Tobago 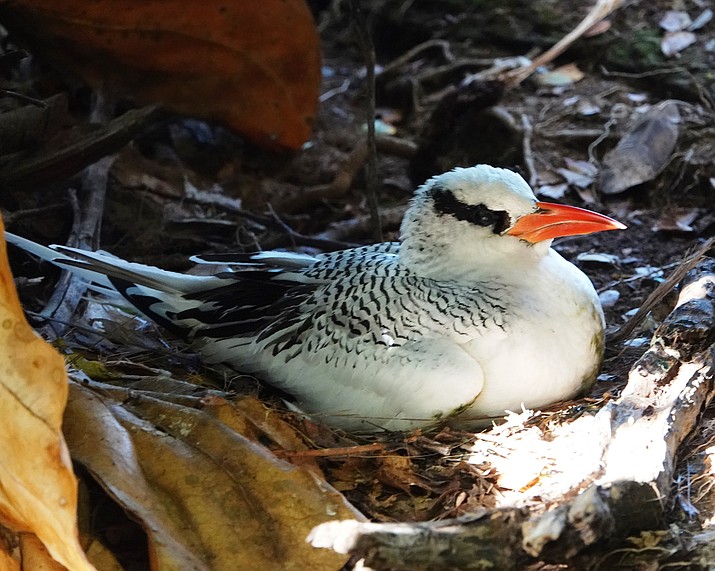 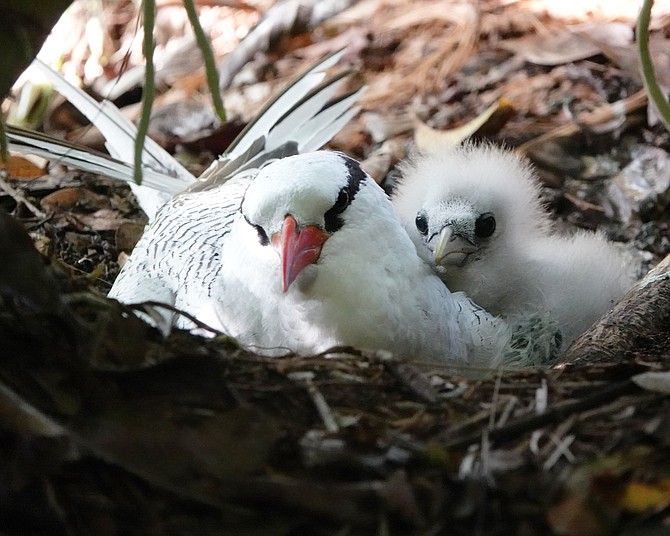 Pictured is a adult and baby red-billed tropicbird. (David Norcross/Courtesy)

Our time on Trinidad came to an end, and we boarded a small plane for the fifteen-minute flight over to Tobago.  It was interesting to see the difference between the two islands which make up the country.

Soon after we landed, we were out birding with our new guide.  We visited a waste water treatment plant and a resort that had a golf course with several ponds.  These environments hosted a large number of water birds—something we didn’t see too much of on the island of Trinidad.

It was interesting to see the overlap in bird species that occur here in North America that are also down in the tropics, such as blue-winged teal, Wilson’s snipe, spotted sandpiper, solitary sandpiper, both greater and lesser yellowlegs (a type of sandpiper), green herons and black-crowned night herons.

After getting a little birding under our belt on the new island we were driven to the Cuffie River Nature Retreat and Eco Lodge, which bills itself as a ‘romantic secluded rainforest retreat.’  I concur!  Our accommodations were amazing—it was a lovely facility in a lovely setting.

One of the highlights of this portion of our trip was doing an afternoon boat ride over to Little Tobago Island.  No one is allowed to live on this small island—it is a nature preserve for nesting seabirds.  After landing on the island, we hiked up to a vantage point where we were looking down on a cove where we saw both brown boobies and red-footed boobies, magnificent frigatebirds, and red-billed tropicbirds.

Our boat had a glass bottom, and on our way back to the main island we slowed to a crawl to look down into the ocean and observed countless types of beautiful fish and even a giant leatherback sea turtle!

Each day I maintained detailed lists using eBird, where I recorded all of the different bird species we observed.  As our trip to the islands of Trinidad and Tobago was drawing to a close, our final tally came out to 194 species of birds observed!

Several of the participants on our trip were photographers, so we are planning to put on a photo exhibit at the store in a few weeks highlighting many of the amazing birds we saw on our trip.  I will announce when the exhibit is open for public viewing.

On a different note, this weekend (the four-day President’s weekend) is the annual ‘Great Backyard Bird Count’ sponsored by the Cornell Lab of Ornithology.  This is a wonderful opportunity to participate in a guided bird fieldtrip.  If you would like to participate, call the store today to sign up.  You can also participate by counting the birds in your own yard. Log onto www.gbbc.birdcount.org to record your sightings.