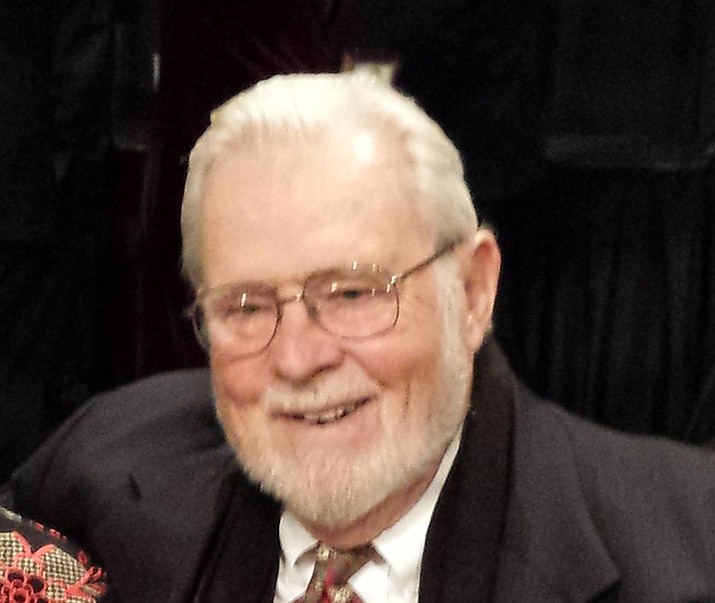 Richard (Rick) Duskey, age 82, passed away Monday morning, February 3, 2020 at his home in Prescott Valley, Arizona. While he put up a brave 5 year battle with illness, this last bout was insurmountable.

Rick was born on May 1, 1937 to Charles and Barbara Duskey. Though he was born in Sturgis, Kentucky, he spent most of his childhood years in Hollywood, California.

Between 1956 and 1960, Rick served as Radarman on the Aircraft Carrier ‘Ticonderoga’, a WWII vessel.

During his career, Rick was a Land Developer in Arcadia, California; owner of a small construction company in San Gabriel and spent 19 years as Procurement Manager at C F Braun & Co., a Petrochemical Construction company in Alhambra, California. In 1994, Rick and wife of 47 years, Suzanne, retired to Las Vegas, Nevada. After 14 years, a kinder, gentler pace of life was needed and Rick and Suzanne found that in Prescott Valley.

Rick was active in most communities where he resided and was on the P & Z Commission in Prescott Valley for approximately 10 years.

Memorial service to be held at Prescott National Veterans Cemetery on Monday, February 17, 2020, at 3:00 p.m. Please consider making a contribution in Rick’s name to a local animal rescue shelter or Veterans Service organization.