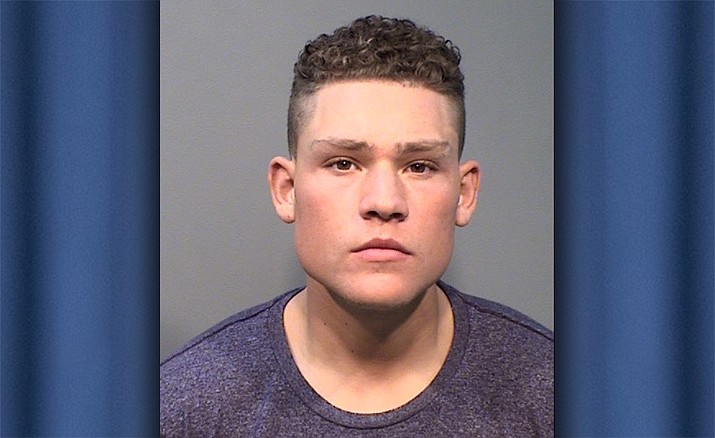 Clayton Yost was arrested in Prescott on multiple drug charges on Feb. 6, 2020. (YCSO/Courtesy) 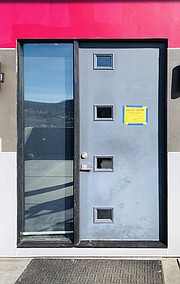 A home in the 600 block of N. Bagby Drive was tagged “unsafe to occupy” due to unpermitted construction being done on the residence. Authorities executed a search warrant at the home and arrested one of its residents on drug charges on Feb. 6, 2020. (YCSO/Courtesy)

A Prescott man who was serving as the house manager of an unlicensed sober-living home in Prescott has been arrested for allegedly selling LSD and marijuana.

Clayton Yost, 22, was taken into custody after detectives from the Partner’s Against Narcotics Trafficking (PANT) task force executed a search warrant at a home in the 600 block of North Bagby Drive in Prescott on Feb. 6.

During an investigation, detectives confirmed the sales of LSD and marijuana by Yost, who was known to drive a red BMW sedan to meet with buyers, the release states.

Detectives also learned Yost was the “house manager” for a treatment center which is located at the Bagby Drive address, but is listed in city records as a single-family residence, YCSO reported. Yost apparently kept his supply of drugs on the premises.

Nine other people were detained along with Yost during the search. All said they were living in the home and paying about $700 a month each for the services offered by the treatment center, YCSO reported.

A portion of the home was under extensive construction, and an official from the City of Prescott confirmed no permits were issued for such work. As a result, the city official posted an “unsafe to occupy” notice at the main entrance while detectives gathered evidence, YCSO reported.

Yost denied any involvement in illegal drug sales even after being confronted with the evidence, YCSO reported. He was already on supervised probation for a prior drug offense that occurred in October 2018.

Detectives recovered a quantity of marijuana and mushrooms during the search. They also seized a short-barreled rifle with no apparent serial number kept in a motor home on the property, YCSO reported.