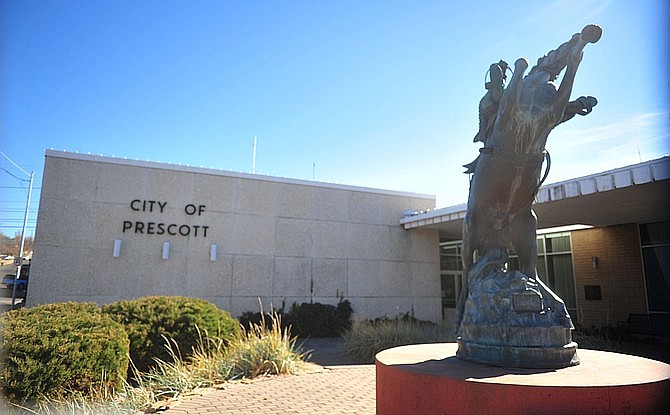 The Second Amendment’s protection of the right to bear arms will once again take center stage in the community this week when the Prescott City Council considers declaring “Sanctuary City” status for Prescott.

A city memo on the agenda item states that Council members Phil Goode and Cathey Rusing requested that the matter be placed on the agenda for consideration.

Prior to the possible vote during the regular 3 p.m. meeting, the council will consider the matter in closed-door executive session at 1 p.m. Tuesday.

The proposed resolution points out that the Second Amendment to the U.S. Constitution was adopted in 1791 as a part of the Bill of Rights, and protects “the fundamental and individual right of the people to keep and bear arms.”

It adds that the council members would “commit to stand and defend their rights and liberties as guaranteed by the United States Constitution and the Constitution and laws of the State of Arizona.”

In addition, the resolution states that the city would “not authorize or appropriate government funds, resources, employees, agencies, contractors, buildings, detention centers or officers for the purpose of enforcing laws that, after complete judicial review, are held to unconstitutionally infringe on the people’s right to keep and bear arms.”

The city’s resolution largely echoes Yavapai County’s resolution, although the city added the words “after complete judicial review” to the resolution’s last paragraph that refers to laws that unconstitutionally infringe on the people’s right to keep and bear arms.

• Hear an update on the 2020 Census from Census Bureau Partnership Specialist Kimberley Robinson during a 2:30 p.m. study session.