YCSO: 'We have no plans to accept prisoners' from state
Counties not on board with Ducey plan to transfer inmates 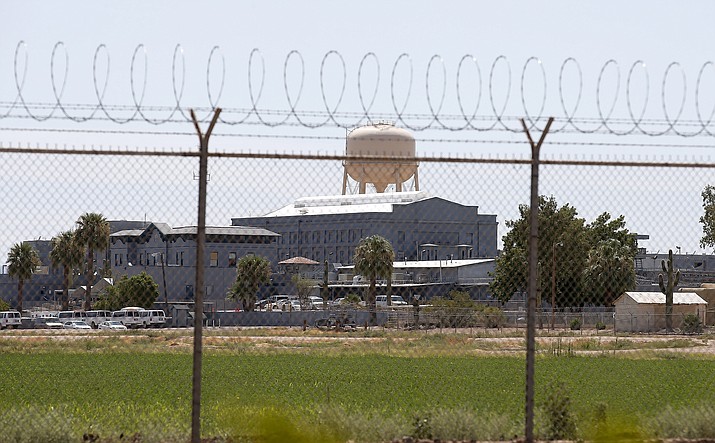 A Wednesday, July 23, 2014 photo shows the Florence State Prison in Florence, Ariz. Most of Arizona's 15 counties say their jails wouldn't be able to accommodate state inmates who'd no longer be housed at an aging state prison in Florence that Gov. Doug Ducey wants to close. (Ross D. Franklin/AP, File)

PHOENIX — Most of Arizona's 15 counties say their jails wouldn't be able to accommodate inmates from an aging state prison that Gov. Doug Ducey wants to close.

Ducey in January proposed closing the Arizona State Prison Complex-Florence, which is more than 100 years old and needs repairs estimated to cost between $150 million and $400 million.

He said closing the prison would save money and allow personnel to be shifted to the nearby Eyman complex, also located in Florence. Both prisons have high vacancy rates among guards.

Under Ducey's plan outlined during his State of the State speech and subsequent budget presentation, some of the prison's more than 3,800 male inmates would be housed at private prisons that contract with the state and others at county facilities.

However, those letters were sent in 2015 and officials contacted recently said things are different now, the Arizona Republic reported.

“Our capacity right now wouldn’t allow us to take anybody,” said Navajo County sheriff's Lt. Dennis Warren. whose agency was one that requested inmate transfers in 2015. “We’re full.”

Seven other counties expressed disinterest or reservations, the Republic reported.

"The jail is already overcrowded," Yavapai County sheriff’s spokesman Dwight D’Evelyn said. "We have no plans to accept prisoners.”

The county is open to discussing options but has no immediate plans to accept state inmates, Reimer said.

Yuma County Sheriff Leon Wilmot said many sheriffs were surprised by the governor's proposal. “So it’s been kind of a, ‘Let’s see what happens,'" Wilmot said.

“You tend to run out of usable beds long before you run out of actual beds, because not everybody can just be housed together,” said Capt. Don Bischoff, jail commander for Mohave County.

Another consideration is that state prisoners also are expected to be offered treatment and other types of rehabilitation programs, and county jails typically don't have those.

“Although many defendants end up in state prisons from county jails, requirements relating to medical care, programming, recreation and security are vastly different between the two," Gillett said.

Coconino County Jail Cmdr. Matt Figueroa said state funding provided counties accepting state inmates likely “would nowhere offset the cost to potentially having to retrofit the jail facility to be able to allow for and give the same type of amenities that the prisoners get while incarcerated in (state prisons).”

“At this point, we don’t have the capacity to house DOC inmates, nor were we one of the counties that was looking for this to possibly happen,” he said.