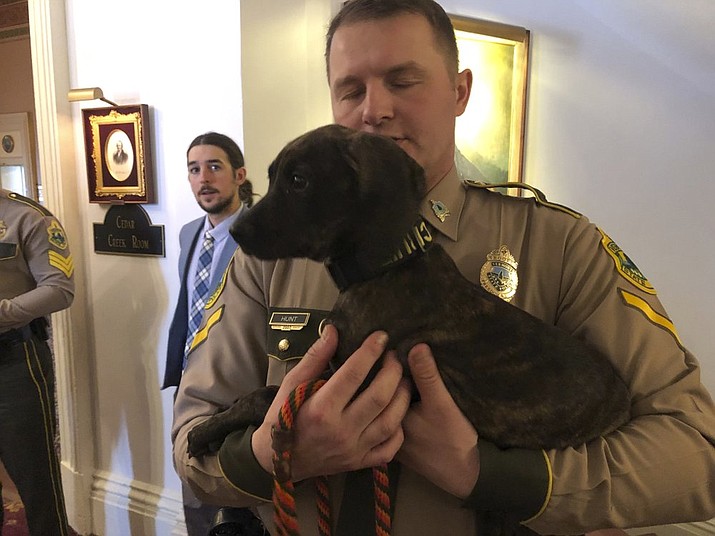 Loki, a Vermont State Police puppy, is held by state police Detective Christian Hunt at the Statehouse on Friday, Feb. 7, 2020 in Montpelier, Vt. Loki is a 10-week-old Plott hound that will be trained to track people. The police arranged the Statehouse visit so the public could get a chance to meet Loki. Since the dog was introduced to the puppy people have considered going to extreme lengths to meet the dog. (AP Photo/Wilson Ring)

MONTPELIER, Vt — The youngest member of the Vermont State Police bow-wowed people at the Montpelier Statehouse on Friday.

Loki is set to begin 15 weeks of training to serve as a state police tracking dog.

The state police organized the Statehouse visit after the big-eared puppy was introduced to the public last week, and people considered going to the extreme to meet the dog.

Due to the deteriorating weather conditions, a second public appearance scheduled for Friday afternoon at the state police barracks in Williston was postponed until Tuesday.