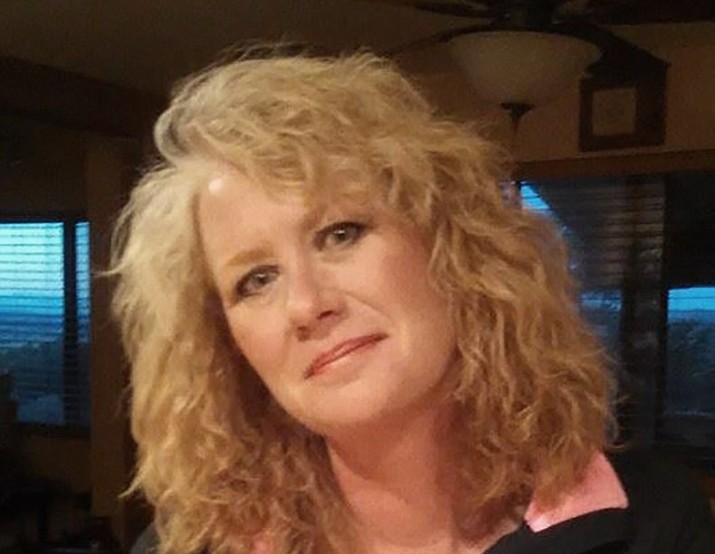 Karin is survived by her husband, Jim Morris of Prescott; her mother, Barbara Kiepke of Tucson; her sisters, Kristen Kiepke of Tucson and Joy Bond of Flagstaff; her daughters of the heart, Kassandra and Cheyenne Drye and two grandchildren, Evie and Brayden DeLong. She is preceded in death by her father, Lee Kiepke and her brother Jeffrey Kiepke.

Karin was born on April 8, 1970 in Mankato Minnesota to Lee and Barbara Kiepke. Karin graduated from Flagstaff High School in 1988 and shortly thereafter married the love of her life, Jim Morris.

Karin and Jim always appreciating a more remote lifestyle, moved from rural Flagstaff, to Colorado, to Idaho. They eventually settled in Prescott, where they lived for the past several years. She graduated from Yavapai Community College with a degree in Liberal Arts and put her knowledge, work ethic and experience toward creation of several successful local businesses.

Karin was a woman of faith, constantly expressing her beliefs and inviting conversation that demonstrated her devotion to God. She shared these beliefs widely, using them to encourage and support those around her. Karin was an exceptionally generous person, sharing her faith, her time and her resources among family and community without reservation or regret. Karin felt at home in the outdoors, hiking, backpacking and camping throughout Arizona and New Mexico. She was a talented artist, working skillfully with many mediums; most commonly charcoals, oils and colored pencils. Her love for nature and classic art could be seen in most of her work. She will be deeply missed by friends, family, and all who knew her. A funeral service is scheduled for 11:00 a.m. on February 21st at Prescott Christian Church, 501 S. Senator Highway. Pastor Tim Duensing will officiate. Luncheon and fellowship will follow immediately after the service. In lieu of flowers, please consider donations to your area Hospice in Karin’s name.