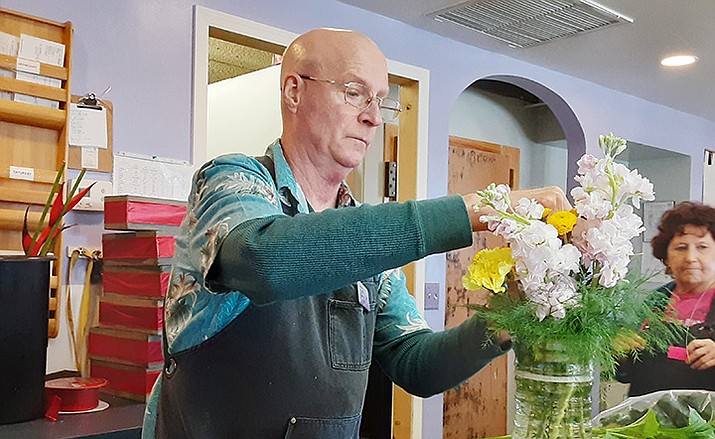 Valentine’s Day – a day of love, romance and showing your significant other just how much you love them.

It’s next week, Friday, Feb. 14. Did you remember everything you wanted to do for this year to be the best Valentine’s Day the two of you have ever had?

Here’s what not to forget.

Flowers are a luxury item and roses in particular are a symbol of romance, she said. Delivering them to a significant other, especially at work, is a big display of affection, Chinery said. Roses are the most popular with other favorites for Valentine’s Day being orchids, tulips and lilies, she said.

For Valentine’s Day deliveries, the earlier people get their order in, the better off they’ll be, Chinery said.

“We don’t design the order as soon as you place it,” she said. “It’s not going to be designed until the day before it’s going to be delivered.”

Candy is an inexpensive Valentine’s indulgence that has become a traditional gesture that’s easy to make, according to candystore.com which estimates that people are expected to spend more than $2.4 billion on candy this year.

By using sales data, the site found that the top Valentine’s Day candy for the state of Arizona is M&Ms followed by a heart-shaped box of chocolates with conversation hearts in third place.

When it comes to what kind of wine to get for Valentine’s Day, Devin Calhoon of Lloyd’s Liquor said it’s all about personal preference, but said that champagne or something red are pretty popular. The best time to get it would be the day before, Calhoon said.

“We’re usually pretty good about staying pretty well stocked, unless it’s something incredibly specific,” he said. “Then definitely at least a week before.”

Wine is a popular Valentine’s Day item because it’s more intimate than other kinds of alcohol such as spirits, Calhoon said. You can breed a good conversation with it, he said.

If you haven’t made a reservation for a restaurant by now, then it may be too late, as the ones that do take reservations are probably booked solid. However, you may get lucky and find a place that still has an opening or that wasn’t taking reservations to begin with.

You now have some ideas. However and with whomever you choose to spend it, make this Valentine’s Day one to remember.