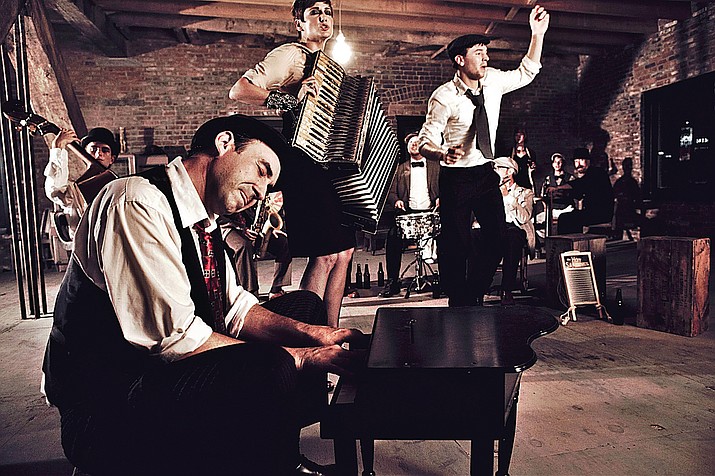 The Hot Sardines are currently on tour with a repertoire that focuses on the love affair of jazz that happened between France and the United States, according to bandleader Evan Palazzo. (Courtesy) 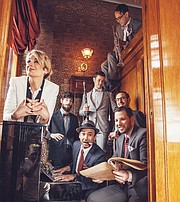 The Hot Sardines are currently on tour with a repertoire that focuses on the love affair of jazz that happened between France and the United States, according to bandleader Evan Palazzo. (Courtesy)

The fun-loving, horns-keyboard-and-a-songstress jazz combo called The Hot Sardines, which Forbes called “one of the best jazz bands in New York today” is coming back to the Yavapai College Performing Arts Center for a Sunday night, Feb. 9, show.

“Any time you get to come back to a place you performed is extra fun,” said bandleader and founder Evan Palazzo. “We hope there’ll be some people that came last time plus some new people, which is what we always hope for.”

The band always tries to do some different things when they come back to a venue because people want to see the same things they saw last time but not the exact same show, Palazzo said. For this tour, the band is focusing on a repertoire that is a specific connection between the love affair of jazz that happened between France and the United States, he said. Not only will singer and founder Elizabeth Bourgerol be singing in English and French, like she did last time, but this show will also have some French Django Reinhardt sounds and a tap dancer as part of its rhythm section, Palazzo said.

The Hot Sardines’ show is a universal experience where the music does the talking across the generations, Palazzo said.

“We love when we see sometimes three or even four generations come to our shows together, teenagers up to sometimes great-grandparents,” he said. “That’s when you know this music, and it’s really the classic jazz of the 20th century, is carrying forward into the 21st century and affecting new people the same way it did 100 years ago.”

The show deals with some of the best composers of all time, including Gershwin and Kern, Palazzo said. However, instead of being religiously loyal in their arrangements, The Hot Sardines takes its arrangements and mixes them stylistically from ragtime right up through early R&B, creating a mosh pit of jazz rather than a loyal reproduction of arrangements, he said.

While they hope that people will come out for a classy night full of happiness and joy, Palazzo said he believes the draw of the show goes much deeper than that.

“This is some of the greatest lyrics ever written to music in my opinion,” he said. “These types of songs and the emotional palette it expresses is something that is, I think, fresh to ears that are of a certain age or younger now.”