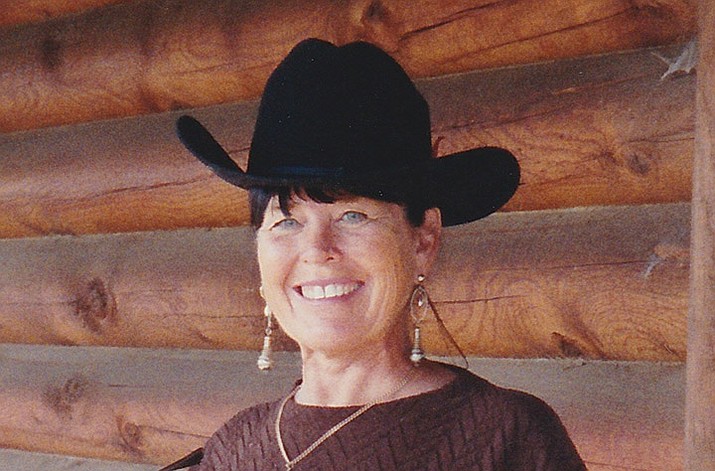 Vivian “Judy” Young, a Prescott-based talent agent who handled numerous projects during the 1990s, died Monday, Jan. 27, 2020 in Los Angeles. She was 78. She had been admitted to Cedars-Sinai Medical Center weeks earlier for a lung disorder, but the exact cause of death was under review. Funeral services are pending in Oklahoma.

Judy was the owner/operator of Pine Mountain Talent Agency, which she formed in April 1993 for the purpose of coordinating background talent for “The Getaway,” starring Alec Baldwin and Kim Bassinger. Downtown Prescott was the location of several action-packed scenes. Judy is credited at the end of the film. She went on to cast background actors and one or two speaking parts for other projects, including commercials and television movies. Several of Judy’s clients landed “extra” roles in the iconic blockbuster “Forrest Gump,” when the production rolled into Flagstaff during the winter of 1994.

In 1996, she tapped a bevy of Prescott-area residents to fill background parts in the Fox Television Network remake of the 1971 cult classic, “Vanishing Point,” starring a soon-to-be marquee name, Viggo Mortensen. The film’s final sequences were shot in Williams. Not all of Judy’s assignments were of the gilded variety. In the fall of 1993, Hell-Of-a-DealHOD-Productions brought its ambitious feature film project, “Silent Fury,” to Yavapai County. The production involved several stunts that required contract use of Prescott public safety personnel for fire suppression and standby medical. When they didn’t get paid, Young contacted the Hollywood Reporter to pressure HOD with adverse publicity and the checks were written.

Judy’s second business, Heartmates Dating Service, did not have the longevity of Pine Mountain, but it netted a number of matches and at least one marriage. Sandy Kenyon of erstwhile CNN fame profiled the service several times while working as air talent for Sanford Cohen’s stations in Prescott Valley. Judy was persistent in seeking to draw productions to the Prescott area and she spearheaded formation of the Yavapai County Film Commission, which ultimately foundered amid conflicts with the state.

In late 1998, Judy suffered a cardiac event that led to a lengthy hospitalization in Tucson.

After her recovery, she departed Arizona to be closer to her two children, Paul J. and Heather R. Young, both of whom reside in Riverside, California. Her son has been a Southern California journalist for over 20 years.

Judy was born close to Ryan, Oklahoma, in 1942. After finishing high school at nearby Comanche, she relocated to San Diego and worked as a traffic manager for several radio stations, including renowned KOGO. She met her only husband, Marine Corps aviator Paul D. Young, there in 1968 and the two married prior to his deployment to Vietnam.

Before their divorce, Judy spent two decades as a proud military wife. She was a steadfast Ronald Reagan supporter, volunteering for all of his campaigns, wherever her husband was stationed. In the years immediately preceding her move to Prescott, she managed her daughter, a working child actress who then went by Heather Hopper. Judy was fond of saying that she only ever loved living in two places, Prescott and Monterey, California.