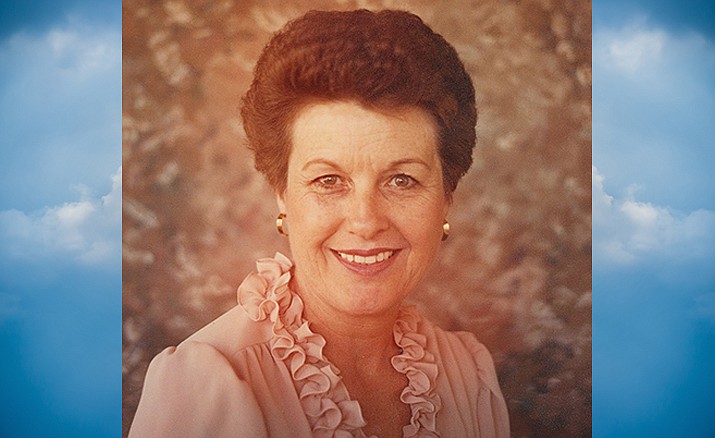 On Sunday, Dec. 20, 2020, Patsy Jenney-Colòn passed peacefully at her home in Prescott Valley, Arizona. She was 86 years old. Patsy was born in Broken Bow, Oklahoma, on Aug. 30, 1934, to Charley Currence and Ruth Buchanan.

She was an only child and a country girl, living in various places in the Southwest. She spent time on a farm in Oklahoma, where she learned to grow plants and raise animals. She learned to ride a horse while living in Red River, New Mexico, and at age 16 she was named Rodeo Queen in Grants, New Mexico.

Patsy attended University of Arizona, where she met her first husband, Lloyd Jenney. Lloyd was an All-American Baseball player that was drafted by the White Sox in 1952. An eight-year road trip soon ensued. All four children were born during that period. The family moved often, and quickly, and the logistics of moving the family often fell upon Patsy. A difficult proposition, no doubt, but Patsy always proved herself a hard worker, always willing to take on a challenge.

Patsy Jenney-Colòn was the Yavapai County Recorder for more than 30 years. She is largely responsible for bringing the Recorder’s Office into the 21st century, directing the change from microfiche (film) to digital. Patsy embraced new technology and used it to make voting, and county records more accessible to everyone; a legacy that continues today. She was an institution in Yavapai County government, and a much-respected voice within Arizona government affairs.

Patsy was a pretty good bowler, a good dancer, and a great gardener. She never met a stranger and will always be remembered for her kindness and willingness to open her door to others offering a warm meal or a place to stay. She will also be remembered for her strong opinions and backbone, and for the many 4th of July parties at the house on Gurley Street. She was happiest when she was surrounded by family and friends. She will be remembered always, but mainly in the spring when we plant our gardens. She was loved.

Due to the unprecedented circumstances presented by COVID-19, a Celebration of Life will be held during the Summer of 2021 and will be announced at a later date.