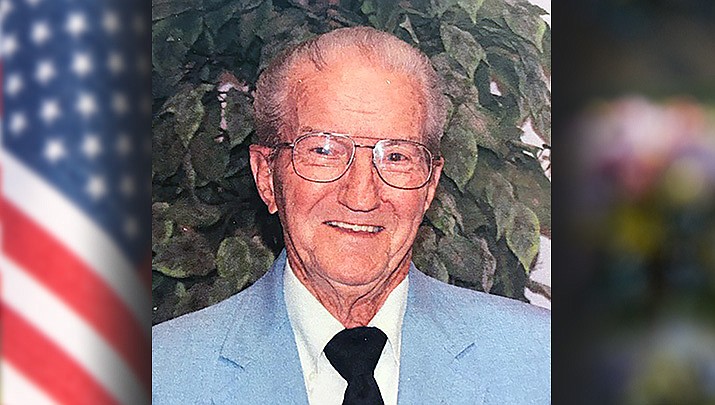 He moved to Phoenix, Arizona, in 1944 with his parents. He spent the better part of early working life in Phoenix working in grocery stores, managing El Rancho super markets, before going into business for himself. He established Taylor Freezer Sales of Arizona in 1966.

He was in the National Guard from 1948-1954 serving in the 3666th Support Maintenance Company during the Korean Conflict.

In July 1951, he met and married Joan Kincaid. They raised two daughters, Sheryl DeRonde and Karen Duffield. In 1984, they moved to Prescott, Arizona. Joan preceded him in death in December 1996.

Winn is survived by his two daughters; a sister, Deloris Chambers, who lives in Arkansas; two grandchildren, Clayton DeRonde and Melissa Looper; and four great-grandchildren, Mason and Lucas DeRonde, Kyle and Kayla Looper.

The family, in lieu of flowers, requests any donations be made to Hospice. Please note, “in memory of Winn Hendricks,” if you make a donation. The family would like to thank Mount Vernon Church of Christ and Bradshaw Senior Community for their friendship and support.