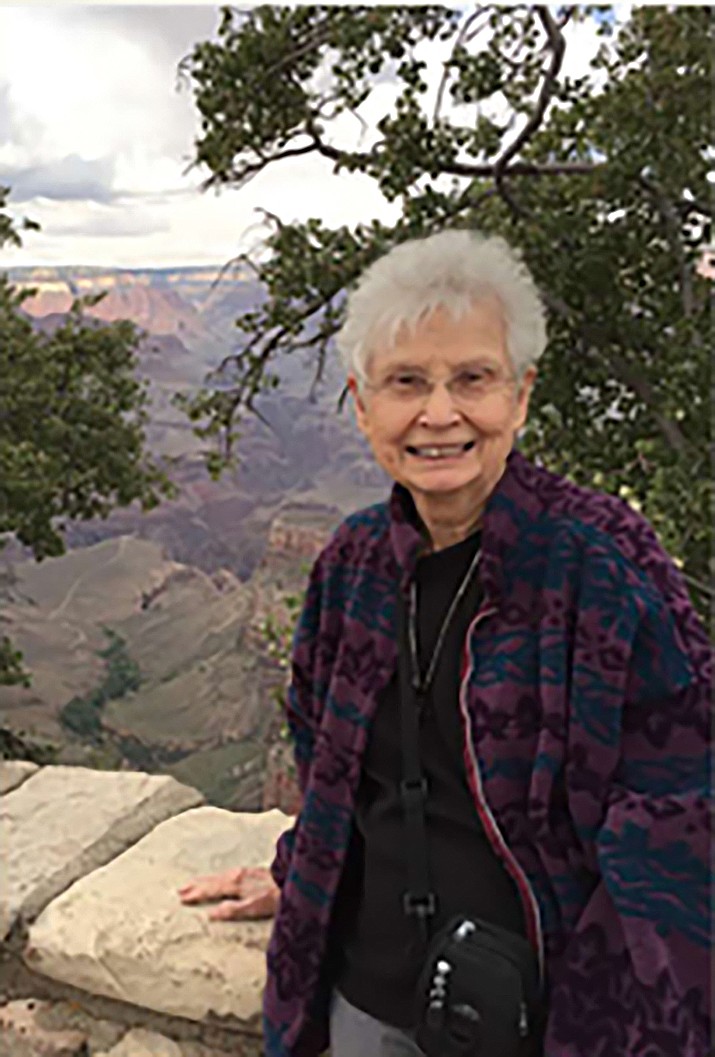 Patricia Ann Williamson, 85, passed away peacefully on Dec. 8, 2020, at her home in Yucaipa, California, after a long and courageous battle with ovarian cancer. Pat was born during the Great Depression on Dec. 17, 1934, in Waynoka, Oklahoma, to James and Mildred Ripple.

Along with her extended family, she was part of the “Okie Migration” to California in search of a better way of life and a new beginning. Overcoming and surviving through the difficult economic times, Pat graduated from King City High School at the top of her class in 1952. She was admitted to and attended UC Berkeley in 1952-53.

Taking a break from her studies, Pat moved to El Paso, Texas, where she met and married Daniel Mereness Williamson on Dec. 31, 1953. She and Dan, a sergeant in the U.S. Army, converted to Catholicism and began to raise a family that blossomed to four daughters and four sons. Eventually finding their way back to California, Pat resumed her education earning both bachelor’s and master’s degrees in Clinical Psychology, winning the prestigious Most Outstanding Graduate Student Award in 1982 from California State University Fullerton. Working as a counselor in Atlanta, Georgia, Pat would eventually fulfill her lifetime dream of becoming a doctor when she earned her Ph.D from American University in Washington, D.C.

After a stop in Provo, Utah, she and Dan eventually settled in Prescott, Arizona, where she lived until relocating to California in late 2019. As well as being an active member of Sacred Heart Church in Prescott, Pat was instrumental in a group that founded the Yavapai CASA (Court Appointed Special Advocate) for Kids organization in 2003 (www.yavapaiCASAforkids.org).

Not only was Pat a devoted wife, a loving mother and grandmother, but she was also an accomplished artist expressing herself through her painting, sculpting, sewing, baking, and belly dancing. Pat was also an avid hiker, successfully hiking the Grand Canyon “Rim-To-Rim” several times, the final time in 2015 in celebration of her 80th birthday. She will be sorely missed and affectionately remembered.

A burial Mass at Sacred Heart Church and internment next to her loving husband in the National Cemetery in Prescott, will take place in the spring of 2021. In lieu of flowers please consider a donation to the Yavapai Casa for Kids Foundation.