Editorial: Thank you to those trying to be part of the pandemic solution 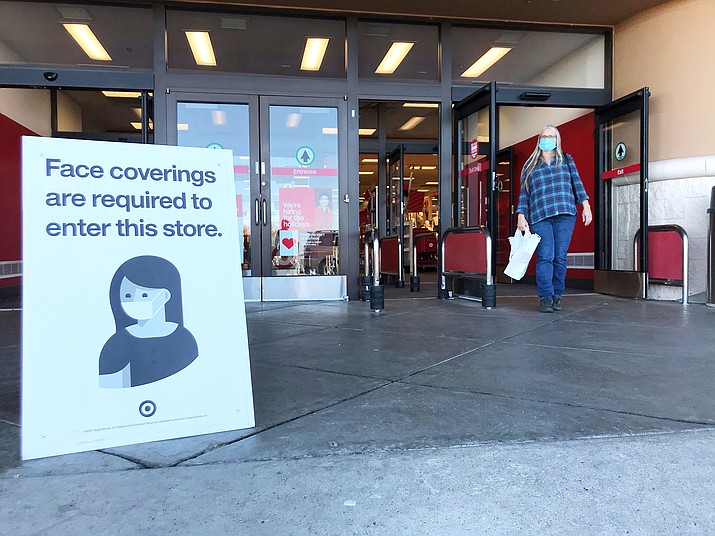 We recently received a letter from a woman named Arlene and her husband who visited Prescott for the first time last month.

The couple had heard how beautiful it is here and decided to drive up from the Phoenix area to enjoy the day. She said the weather was gorgeous and the scenery was awesome. They arrived around noon so they went to a local restaurant that offered outdoor dining. While looking for a place to sit the couple was mocked by two different parties because she and her husband were wearing face masks. In her letter Arlene asked, “Why do these people care that we wear masks?”

We would add, “Why do people feel the need to mock and attack others who are trying to be considerate, responsible citizens?”

In our reply to Arlene we first apologized for what happened to her and her husband. We explained that this mocking had also happened to some of us who work at the Courier. But we also explained that after living here for many years, most of us believe such actions do not represent the majority of the good people living in the Prescott area.

Unfortunately, there is a segment of the local population who have embraced junk science beliefs and conspiracy theories. Within that segment, there are some who go even further and justify being rude and adversarial. Such individuals have made mask use part of their extreme political views rather than seeking to see through the lens of kindness. It hurts us to see this, but we truly believe such people are the minority in the Quad Cities.

Wearing a face mask during this pandemic might be compared to making the choice to pull over when an ambulance comes up behind you with lights and siren. You don’t know who the patient is inside that ambulance, but you pull over anyway.

You may not agree with the injured person’s beliefs or politics, or understand their situation, but you pull over anyway.

It could be a child inside who was hit by a car. It could be a person who was doing something foolish or illegal when they suffered an injury. You don’t know, but you pull over anyway to give them a better chance of survival, even if it’s only a small chance.

What harm does it cause to pull over? Perhaps you’ll be 30 seconds later arriving at your destination. But you recognize that when every minute could mean the difference between life and death, your 30 seconds combined with that of other caring drivers might be the making of a miracle for the family of that patient.

No, it just means you are trying to be a caring individual who doesn’t pretend to know more than the EMTs, nurses and doctors who are treating the patient. It means you place value on human life, and are willing to set aside pride and selfishness and perform a simple act that might make a difference.

You also recognize that your decision to pull over is not the complete answer that will fix everything for everyone. It’s just something you can do to maybe be part of the solution, even while other drivers ignore the ambulance and mock you for pulling over.

We appreciate the people in our community who have taken this Golden Rule approach to be considerate and courteous through the simple act of pulling a mask over their mouth and nose when in a public place. To those individuals, we say thank you. Thank you for recognizing that your small sacrifice might reduce the risk of someone dying, or the chance of someone getting sick and missing work and losing income.

We also thank the businesses who have taken their own actions to make their establishments safer for patrons and employees by requiring masks and following the safety recommendations of health officials. We know that you too have been mocked and berated by some, but we understand you are also trying to do your part, even if it’s just a small part.

Thank you for striving to be a good neighbor.