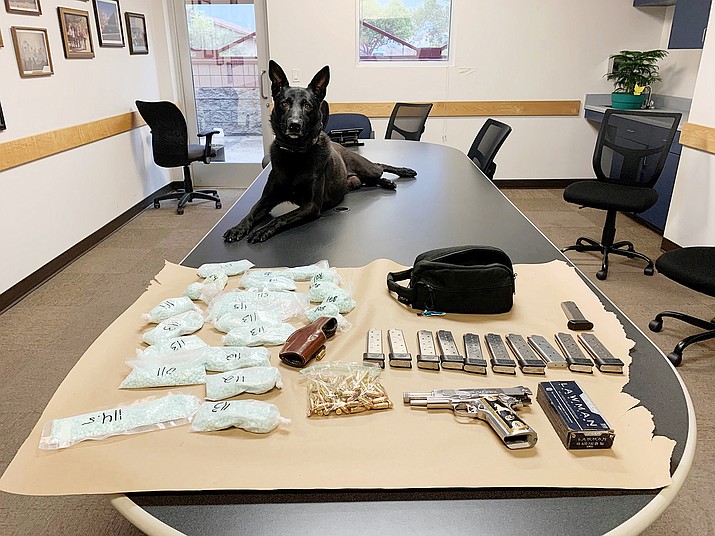 During a traffic stop on Tuesday, Aug. 25, 2020, Cottonwood police K9, Kratos, alerted officers to a cache of 15,000 to 20,000 fentanyl pills with a street value of about $600,000. Items also seized included a handgun, magazines and numerous 45-caliber and 9mm bullets. (Cottonwood Police Department/Courtesy)

According to a news release from the Cottonwood Police Department, on Aug. 25, officers were conducting highway interdiction operations on Interstate 17 near Camp Verde. Shortly before 1 p.m., a silver 2007 Honda Civic with expired registration tags was stopped on northbound I-17 at approximately milepost 278, near the Highway 169 exit that leads to the Prescott area.

The driver, Carlos Julian Quintero Parra, was taken into custody for failure to provide identification while operating a motor vehicle, police said. A gun magazine was discovered in his front pants pocket.

Parra advised an officer there was a gun in the vehicle near the lone passenger, Monica R. Ramirez.

Ramirez was removed from the vehicle and checked for weapons. Officers located a Colt 1911 pistol in the car.

A sergeant then conducted a free air sniff of the vehicle using the Cottonwood police K9, Kratos, who alerted officers to about five pounds of fentanyl in pill form, numerous magazines for the Colt handgun and .45-caliber and 9mm bullets.

Parra also had a usable amount of cocaine located in his pants pocket, the news release states.

Both Parra and Ramirez were transported to the Yavapai County jail in Camp Verde where they were booked on numerous felony charges related to the sale and transportation of narcotic drugs and weapons misconduct. Those charges include possession of a firearm during the commission of a drug offense.

Parra and Ramirez are both being held at the county jail on $750,000 bonds. 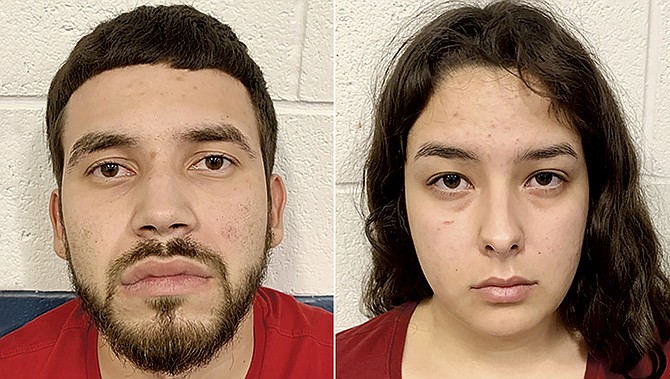