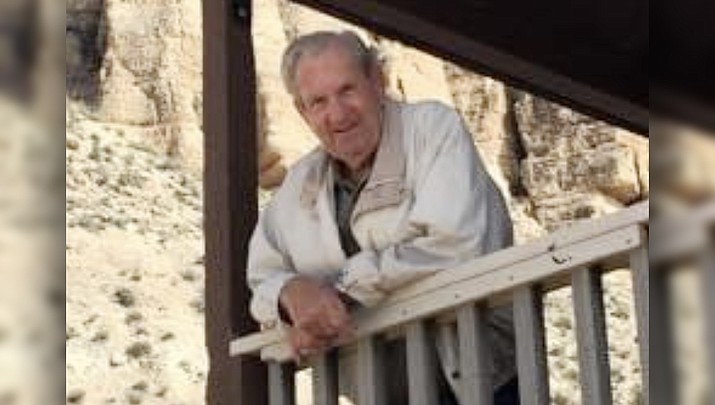 He was born on August 13, 1932 in Flint, Michigan to Charles Henry and Bessie J Henderson.

His family moved to Clio, Michigan in the mid thirties. He stayed in Clio working with his father installing carpet until he finished school. Charles enlisted in the Air Force and served in Germany during the Korean War. He met his first love, Collette Craig, during that time. She was from Detroit. He followed her to Florida where they were married in 1951. They had 4 children.

He continued to do carpet installation owning his own business and he taught his two sons the trade.

He became a master mason in 1958 and recently received his 60 year pin. He joined Phi Delta Kappa, a local fraternity and had been a member for 54 years. He also served as president for one of those years.

He married Shirley Cole in 1983 and moved out to Prescott, Arizona in 1984 to be close to his siblings. He continued to do carpet installation until retirement.

Charles became an active member of the American Legion Post 6. He was commander 2000-2001. During his membership he was Junior and Senior Vice Commander, Eboard Executive and Board Member. He also served as bar chairman. He was very instrumental in having improvements made to the building to update things. He thought of everyone at the American Legion as great friends.

He is survived by his children, Gina Ferraro (Frank), Charlene Moreland (David), Craig Henderson (Stephanie) and Charles R Henderson II (Kimberley). He has four grandchildren, Nicholas Ferraro (Rebecca), Ashley Cohen, Miles Henderson and Michael Henderson. He has one great-grandchild, Lila, along with many nieces and nephews.

Preceding his death were his first wife, Collette, 2nd wife, Shirley, along with 8 siblings, Lawrence, Marian, Betty, Bob, Danny, Bill, Shirley and Dorothy. Memorial Service will be held at the National Cemetery in Prescott at a later date. Donations can be made to American Legion Post 6 in Charles Henderson’s memory.