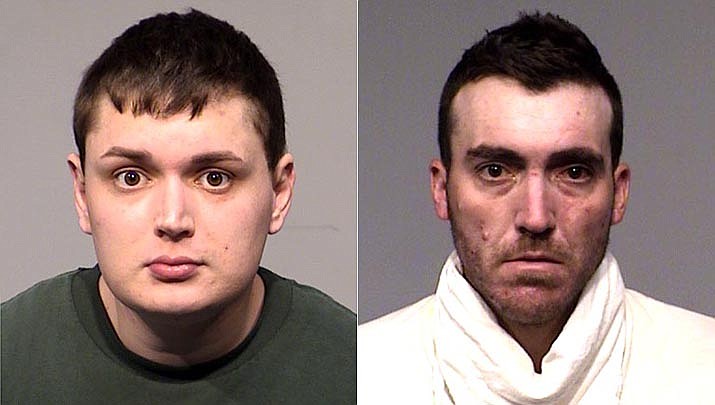 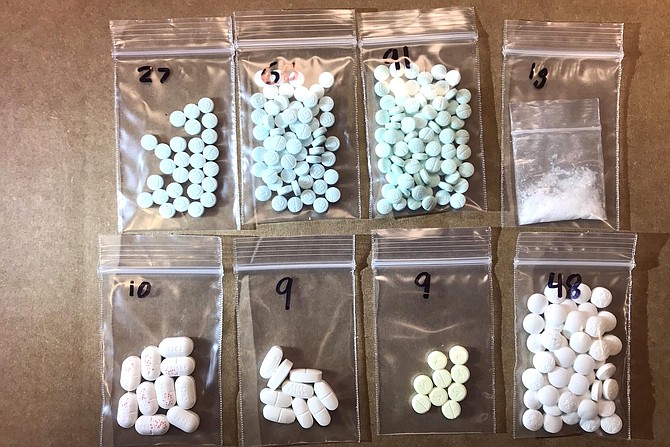 According to an Aug. 3 news release from Yavapai County Sheriff’s Office, PANT detectives observed Gonzales in the Cottonwood area and saw him eventually stop in the parking lot of the Cottonwood Walmart.

Detectives know Gonzales for his involvement in the use and sale of fentanyl, the release stated. Usually with a dark brown GMC 2500 truck, Gonzales exited the truck and quickly jumped into a gold Mercury passenger car that had pulled up next to his truck, the news release stated.

“Based on this observation and other behaviors, it appeared John was involved in a drug transaction,” the release stated.

Gonzales was out on release pending a current drug sales court case.

The Mercury passenger car left the Walmart parking lot before he eventually stopped in a church parking lot off State Route 260, and parked in a secluded area.

Assisted by sheriff’s deputies, Gonzales and the driver, identified as Smargiassi, were contacted.

As deputies approached, both Gonzales and Smargiassi appeared to shove items between the seats, according to the news release. Deputies also noticed a piece of tin foil with apparent burnt opioid residue on the driver’s side floorboard.

“As result, the pair was detained and the vehicle was searched for further evidence of contraband,” the news release stated.

In the search, detectives found a clear plastic baggie containing 60 blue fentanyl pills marked M30 by the driver’s seat. Also located was a glass meth pipe and a hollowed out grey pen with apparent fentanyl residue.

YCSO also seized a baggie containing various and mostly opioid based narcotic pills; in total, 178 fentanyl pills were confiscated during the investigation with an average street value greater than $4,000.