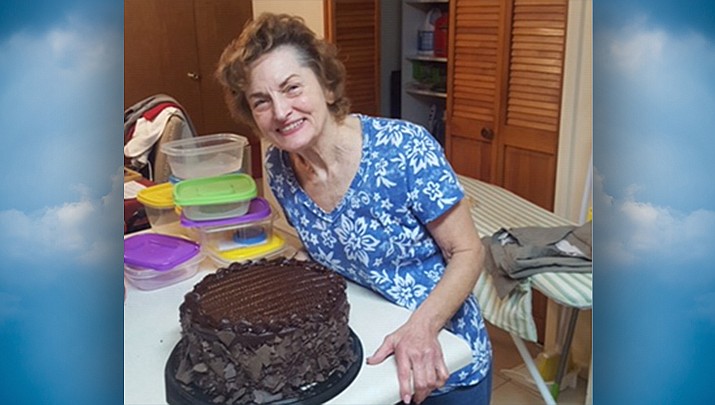 Teresa Raye Hull, artist, wife, and mother of two, died in her sleep on July 22 after a long illness. She was 76 years old. She was born Teresa Hattabaugh on Nov. 14, 1943, in Kansas City, Kansas, to parents Vernon Hattabaugh and Thelma Hattabaugh née Vanasudall.

The family moved west to Prescott, Arizona, in 1958, where Teresa soon met her future husband, Ray Hull. She graduated from Prescott High School in 1962 and married Ray the same year. The couple then embarked on an adventurous four years in the U.S. Air Force, living in Texas and Alaska before settling down to civilian family life in San Jose, California, for the next 30 years.

A longtime professional artist, Teresa worked in acrylics, stained glass, and various other mediums, creating and selling drawings, paintings, jewelry, and other artworks since the mid-1960s. She learned and helped teach computer-aided drafting at Evergreen Valley College, and later worked for a homebuilder as a drafter. A 30-foot-long mural of a beach scene that Teresa painted at her home was recently valued at $43,000. Teresa and Ray retired to their home in Prescott in 1998. They had their 58th wedding anniversary in 2020.

Teresa is survived by her husband, Ray Hull; her daughter, Julie Amine; her son, Brian Hull; her grandson, David Hull; her sisters, Deborah Grgat and Penny Delisio; and her brother, John Hattabaugh.