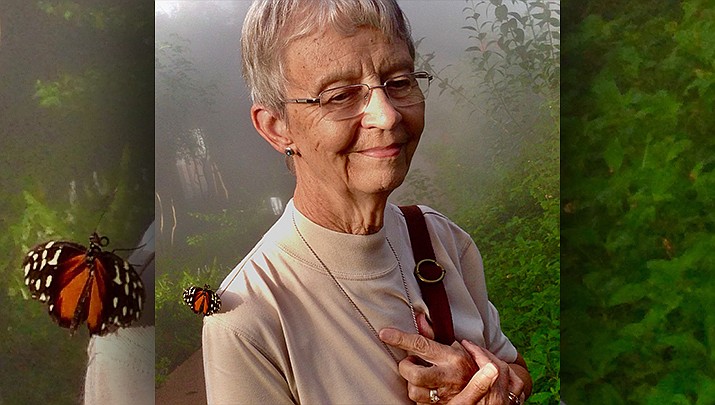 Talitha Mary White died in her home in Prescott on Monday, July 6, 2020. Talitha was born in Prescott, Arizona, on April 22, 1932 to Brown and Mary Worthington. She lived in Bumble Bee and Mayer, Arizona, as a child and moved to Prescott in her early teens.

Talitha graduated from Prescott High School in 1950. She remained in Prescott as a devoted wife, mother, and grandmother. She was a wonderful homemaker and enjoyed her time gardening.

Talitha was preceded in death by her parents; her husband, John B. White; and great-grand daughter, Zoe Leick. She is survived by her children, Julie (John) Nanke and Richard E. White; grandchildren, Jessica (Tom) Leick, Jenna (Galen) Scheidenhelm, and Jared (Meghan) Nanke; great grand-children, Logan, Lexa, and Anson Leick, and Atticus and Sage Scheidenhelm. She is also survived by her brother, Earl Worthington; and sister-in-laws, Wilma Worthington and Joyce Van den Acer; numerous nieces and nephews and her care giver, Tracy Worthington.

A private family service is planned for a later date. We wish to thank Kindred Hospice for their excellent care and compassion during her final days. Arrangements entrusted to Heritage Memory Mortuary.