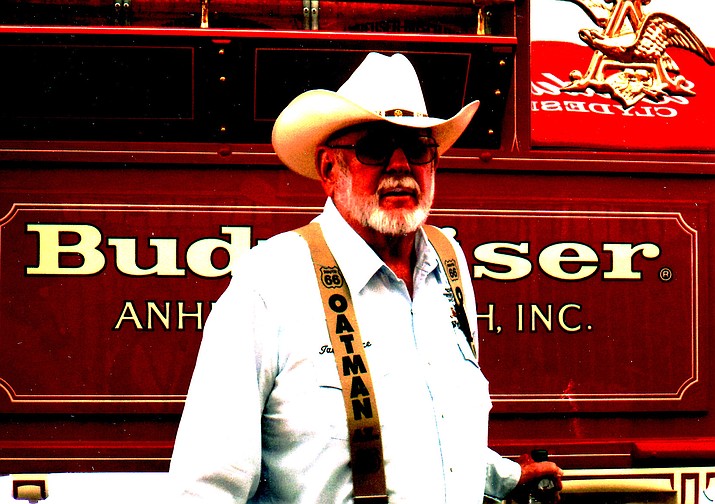 Jack entered this world on March 10, 1933 in Tucson, Arizona. He moved to Phoenix in 1938, when his dad was transferred with the Valley National Bank. Jack graduated from North Phoenix High School and was very active in R.O.T.C.

During his years in Phoenix, the ceramic tile trade and sales was his professional choice. Personally, he was a 10-year member of the Commanchero’s (the official Arizona Greeters of Gov. Jack Williams), secretary for seven years of the White Mountain Range Riders and Scout Master for six years, along with being very active with the Phoenix Jaycees for 20 years.

In 1971, Prescott became home for Jack and his family. During this time, he handled several rental properties. He became involved with Prescott Frontier Days and was the 1972 Fourth of July Parade Chair, arranging for Ken Curtis (Festus from “Gunsmoke”) to be the parade Grand Marshall. Jack also participated in the production of the “Junior Bonner” movie, starring Steve McQueen, Robert Preston and Ida Lupino. He was a guest of the Hollywood Chamber of Commerce for the West Coast premier.

Four years later, found Jack and family hitting the trail to San Jose, Calif., where Jack was a licensed ceramic tile contractor. While in California, he became an avid shotgun trap shooter.

The lure of Prescott being ever present in Jack’s life, he moved back for retirement in April 1994. He immediately became involved, once again, with the Prescott Frontier Days and held various assistant chairs and chairmanships. In 2004, Jack received the Justin Committee of the Year Award. In 2015, he was honored to receive the Danny Freeman Award for going the extra mile. He received his 20-year Gold Card Committee Member from the Professional Cowboys Association (PRCA) for his dedication and service to Professional Rodeo.

Jack is a member of the Mountain View DeAnza Masonic Lodge, #194, Mountain View, Calif. He was also past President of the Yavapai Shrine Club. Jack is a proud sponsor of the AZ Cowboy Poets Gathering and Yavapai College Pops Symphony.

Jack was preceded in death by his parents, Marquerite L. Vance and James P. Vance, along with his brother, James R. Vance.

He is survived by his wife of 24 years, Penny — “the love of his life.” Together they traveled extensively to Alaska, Hawaii, attended the Calgary Stampede, Cheyenne Frontier Days Rodeo, plus much of America. Jack is also survived by son, John (Jennifer); son, Jerry (Nancy); daughter, Susanna Vesco (Bret); 7 grandchildren and 12 great-grandchildren.

The family asks you let your memories warm your hearts, as you bid Jack “Happy Trails.”