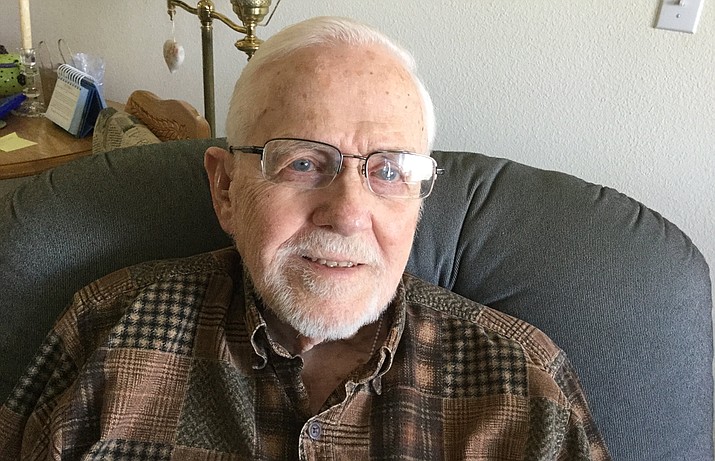 Frank Wilson passed away on July 28, 2020 at the Good Samaritan Society Prescott Village in Arizona. Frank’s wife of 77 years, Mary Wyleese Knauss Wilson was at his side. Frank was born in LaMard Township, Wayne County, Illinois, to Roy L Wilson and Mary Blanche Barr Wilson.

Frank and Wyleese were married in Arkansas while he was on a 1-day leave from the Marines. After Frank’s service to his country, they moved to Illinois where he began working at Airtex and they started their family. In 1958, they moved to Arizona where Frank worked for Motorola until his retirement. While living in Arizona, Frank has resided in Scottsdale, Payson, and Prescott.

He enjoyed woodworking and left family members with pieces he built that they will treasure always.

A small graveside family gathering will take place at Green Acres Mortuary in Scottsdale. No other services are planned at this time due to COVID-19. The family suggests a donation to your favorite charity in lieu of flowers.