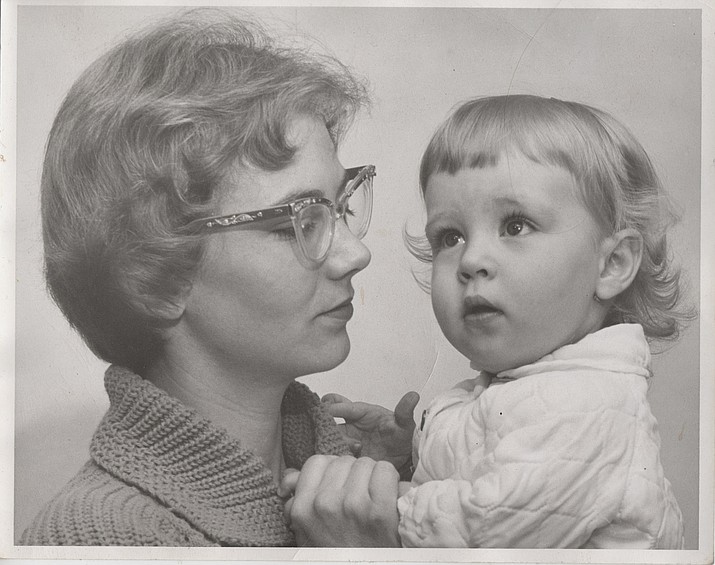 Like her father before her, Cynthia Gardner was born and died, essentially, in the same family house right here in Prescott. She got around to some other very nice places in her 86 years, but came full circle in the end.

There were those she grew up with (more than one of them) who said she was the prettiest girl in class. She was the belle of the ball. Queen of the prom (of everything really). Star of the play. Life of the party. Then later, for some, best schoolteacher ever. Certainly best mom ever. When she was little she had a Hopi nanny — a young girl herself named Louise Tenakongva, who helped connect her to a broader spirituality and sense of the world at large that went way beyond the average. She had that from infancy. 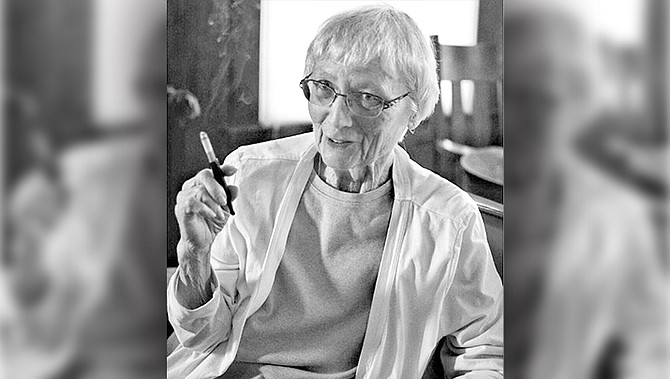 From her parents, Gail and Delia Gardner, she inherited a code of behavior and a certain wry humor. Also honor and wonder and gratitude. Not to mention love for your fellow man.

She was ALWAYS, always on your side: True blue to the core. Forever empathetic. Never judgmental. She expected only the best from everyone she met, and usually got it.

In her twenties, she married Sam Steiger, who swept her off her feet and was singular in his pursuit to marry her. They had three children together, and while the marriage didn’t last, they celebrated every holiday together with their children and both sets of grandparents the entire time their kids were growing up. They remained life-long friends.

As Mrs. Steiger, she taught second grade at Washington School. She was a maverick schoolteacher who had a mattress in her room so that the kids who came to school tired could take a nap. Her students adored her and many didn’t want to leave her classroom at the end of the day.

She later married Hank Schrieber, who was an art professor at ASU and together along with her kids, they built an off-the-grid home north of the airport that was a haven for all of them and many a wandering friend. Her son-in-law named her “Our Lady of the Home of the Bewildered.” She’d listen to your woes all night, and celebrate all your strengths.

As Mrs. Schrieber, she substitute taught at Prescott High School, sometimes taking over a classroom for the remainder of a year. Her students loved her there, too, even the bullies she kicked out of her class would knock on the door and beg her to let them back in.

After she and Hank grew in separate directions, in her seventies, Cynthia up and ran off to Mexico with her dear friend of many decades, John Favour. They shared a rare, close companionship and many happy times until John departed this earth. She moved back into her family home after that, where she lived independently until her last day.

She was whip smart and quick to laugh. She was a writer, a sculptor, a painter, a songwriter. She stayed sharp to the end and she kept abreast. She got her news from PBS every night and when she could no longer see to read the New Yorker or the Times Book Review, she listened to NPR.

In the end it seemed like the meanness of our current discourse and all the sadness of 2020 wore her down a little. She was glad that all the many loved ones she’d lost earlier hadn’t lived to see it. When she finally took flight, her kids were by her side and she leapt willingly, with joy and courage.

Because of the COVID-19 situation, the family will not be holding services at this time. When the dust settles, a Celebration of Life will be planned. In lieu of flowers, for anyone who feels compelled to do something, the family asks that donations be made in Cynthia’s name to Hungry Kids of Prescott at hungrykidsproject.com.