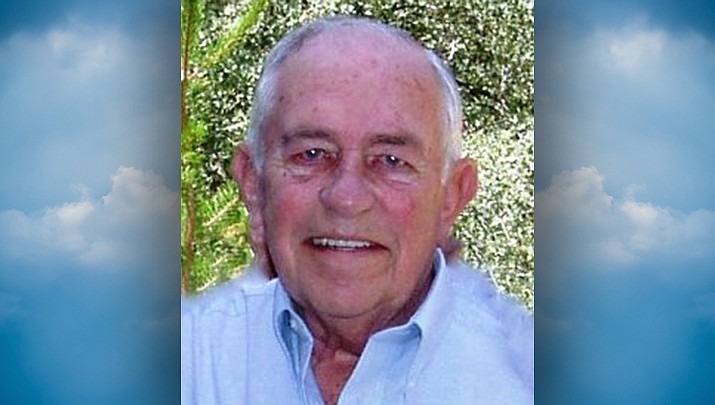 Bruce Paul McConnell passed away at home in Prescott, Arizona, on July 19, 2020, after a long struggle with COPD and other health issues. He was 85. Bruce was born on May 13, 1935 in North Adams, Massachusetts, where he grew up, attended school, and began his adult life.

He relocated to Phoenix, Arizona in 1970. There, he met his beloved wife of 44 years, Gloria (Harris) and they raised their family. In 2006, he and his wife retired to Prescott, Arizona.

Bruce’s first career was in the printing trade. He also served in the 104th Infantry of the Massachusetts Army National Guard for well over a decade, serving in infantry, transportation, and tank companies. Following these experiences, Bruce became a technical illustrator. He enjoyed a long career in this field, first as an illustrator, and later as a supervisor and project manager. He worked for several large companies throughout his career, including Sprague Electric, Sperry, and Motorola.

Bruce loved watching sports, especially football and the New England Patriots. He also enjoyed military history, going to air shows, travel, and time with family and friends. He was a consummate “handyman” at home, always ready to tackle a home project. Bruce had a sharp sense of humor — his observant one-liners brought laughs from everyone who heard them.

Bruce was predeceased by his mother, June (Morrissey) Rancourt, and father, Henry McConnell. He is survived by and dearly missed by his wife, Gloria; sons, Sean, Christopher, and Patrick (Barbara); five grandchildren; sister, Faye Bush; and brother, Wayne McConnell. He is also survived by children from his first marriage, Matthew McConnell, Becky Morin and Tammy Martin.

No public service is planned at this time. For those wanting to honor Bruce’s memory, please make donations in his name to the Disabled American Veterans, Wounded Warrior Project, or your favorite veterans’ charity. Arrangements entrusted to Ruffner-Wakelin Funeral Home of Prescott.