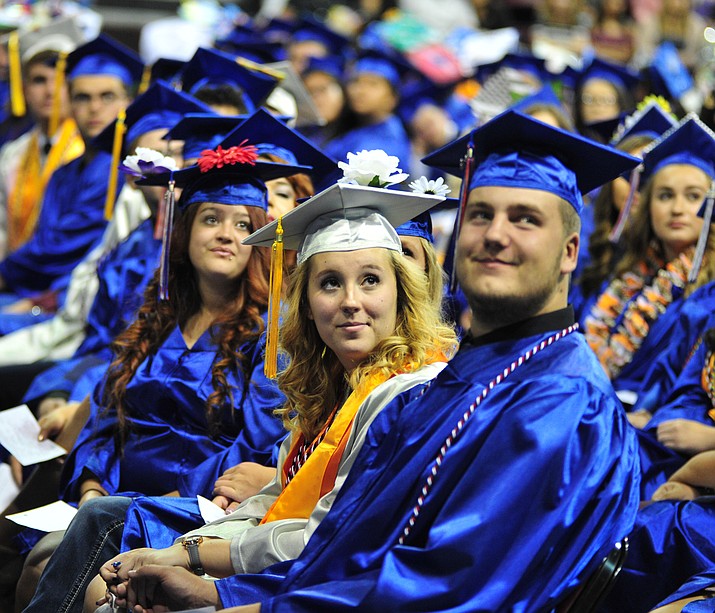 John Scholl, superintendent for Chino Valley Unified School District, announced updates via email regarding the postponements and cancelations of the district’s end-of-year activities.

The biggest question surrounding the coronavirus situation and how it has affected the end-of-year activities for the Chino Valley Unified School District is the status of the graduation ceremony.

Scholl said that the students heavily favored an in-person ceremony and wouldn’t mind postponing it to a later date.

Thus, all parties involved agreed to postpone the ceremony to a tentative date in late June or July.

The district is also working with the Findlay Toyota Center — where the ceremony would be held — to identify some possible dates.

Lastly, the class of 2020’s official graduation date will remain May 20, meaning graduates will still be able to pick up their diplomas from the CVHS office after that date.

The CVHS Memories Assembly —an event where students gather to view a highlight video of the school year followed by a distribution of the yearbook — has been canceled. However, the highlight video itself will be posted to the district’s YouTube channel in early May. As for the yearbooks, distribution will be scheduled for date in May while more information will be sent out by the CVHS administration in the near future.

CVHS Awards Night/Assembly will be presented in an alternative video format.

The CVHS counseling department is currently working on a video that will announce the recipients of certain scholarships along with awards. The video will be posted to the district’s YouTube channel in early to mid-May.

It has been decided to cancel the Heritage Middle School Recognition Night, which is held at the Yavapai College Performing Arts Center. Recognition night is a ceremony held to recognize those students moving from eight grade to high school. In addition, eighth grade awards are announced that evening.

A video announcing the awards will be posted to the district’s YouTube channel in mid-May.

Heritage Middle School yearbook distribution will be scheduled by the administration and information will be going out to parents and students regarding dates and procedures.