Rimrock man sentenced to 3 years in prison for selling fentanyl 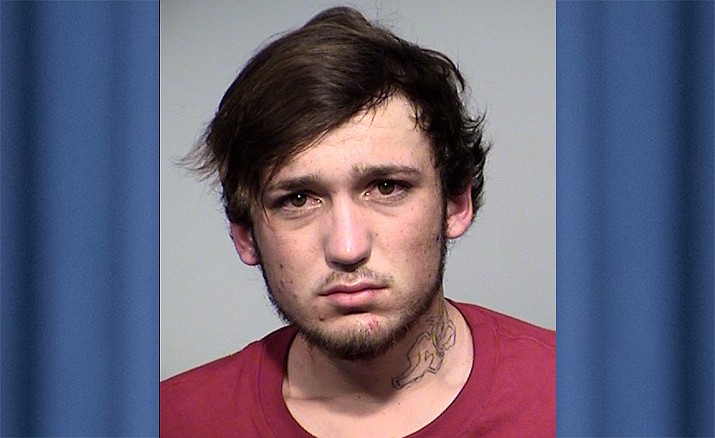 A Rimrock man, arrested on April 13 in Cottonwood by Partners against Narcotics Trafficking (PANT) for possessing a large number of fentanyl pills with intent to sell, has been sentenced to three years prison, according to a news release.

Prior to the arrest of Mills, PANT detectives had developed information that Mills was involved in the sales of fentanyl and was staying at a motel on south Main Street in Cottonwood. Around 10 p.m. on April 13, detectives spotted Mills leave the motel with a can of Arizona ice tea in his hand. When a detective approached Mills, he quickly dropped the can and ran.

Detectives caught up to him and Mills resisted arrest. After subduing Mills, detectives discovered 271 fentanyl pills in a “hide-a-can” safe in the iced tea can and half a gram of methamphetamine. The street value of the fentanyl is estimated to be approximately $7,000.

According to Dwight D’Evelyn of the Yavapai County Sheriff’s Office, “PANT detectives were very pleased to get this poison off our streets.”

Sheila Polk, Yavapai County Attorney, said, “I am grateful to PANT for their good work. Illicit fentanyl is the deadliest drug we see on our streets. What is especially frightening is that traffickers are pressing this lethal substance into mimic prescription pills. One pill is enough to kill. The best way to send the message to fentanyl dealers to stay out of communities is to send them to prison.”

D’Evelyn reminds the public that Yavapai Silent Witness offers a $1,000 reward for direct tips that lead to the arrest of a confirmed fentanyl dealer.