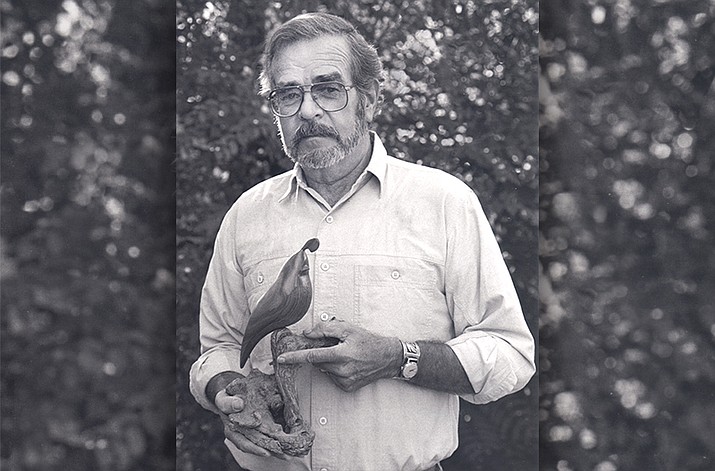 William G. (Bill) Neely, 86, died peacefully in Prescott, Arizona on April 15, 2020. He was born in Texas to A. E. (Bud) and Velma Neely and the family moved to Gilbert, Arizona in 1945, when he was in elementary school. He graduated from Tempe Union High School in 1951 and received a full scholarship in music to Arizona State College, now known as Arizona State University. Bill graduated in 1955 with a Bachelor’s Degree in secondary education and went on to earn a Master’s Degree in 1963.

In 1955, Bill volunteered for the US Army where he served four years in the United States and Korea as an aviator. After he was honorably discharged from the Army in 1959, Bill began his teaching career in Phoenix where he met his future wife, Sylvia Soderstrom on a blind date. In 1960, the couple married in Prescott, where Sylvia had grown up. They had two daughters in 1963 and 1965 and moved their young family to Prescott to make their home where they lived in the same house for over 50 years. Bill began teaching school in Prescott at Lincoln Elementary and Taylor Hicks Elementary schools. The bulk of his 25 years as a teacher was spent at Prescott Junior High, now Prescott Mile High Middle School. He taught Social Studies, English, and Civics, and was Vice Principal for a year. Mr. Neely was a strict, but respected and well liked teacher who had a special knack for befriending and guiding students, especially those who may have needed a little extra nudge in the right direction. He encouraged the love of music, art, and reading, and in later life was often met by former students who shared positive stories of how his teaching had inspired them to go onto higher education and achievement. In 1985, Bill took an early retirement from school teaching to pursue a career in art, mainly focusing on carving wild birds out of hardwoods and mounting them on manzanita and other wooden bases. He had a joyful and successful career in woodcarving with many devoted patrons in Prescott and around the world. Two of his life-sized ravens nest high above the inside of the Goodwin Street entrance to the Prescott Public Library, along with a large quail family on the opposite wall. Bill was very generous with his woodcarvings and often donated his artwork to his favorite institutions like Yavapai College Foundation, Prescott Public Library and Sharlot Hall Museum, where he volunteered for over 30 years at the Indian Art Market and Folk Arts Fair, giving away hand-whittled miniature cowboy boots which were treasured by many. In 1992, Bill’s woodcarving and artist skills, along with his great respect for indigenous peoples led him to Katsina doll repair and restoration. Being one of the only people to do such delicate work, he was trusted by the Heard Museum, the Museum of Northern Arizona, many private shops and galleries around the country, and by many private individuals to repair damaged Katsina dolls. He was in high demand until his final days of life. Along with teaching and artwork, Bill also had a seasonal career for 44 years with the US Forest Service during his summer breaks which he spent fighting forest fires, spotting forest fires from towers, flying as an air observer, and ending his time with the Forest Service as a “ramp rat”, tending to the air tankers at the Prescott Fire Center where he had many close friends and co-workers. Bill was predeceased by his parents and brother Robert, and by his beloved wife Sylvia. He is survived by his daughters Lisa Reyes (Charlie), Beth Neely (Bret Blevins), grandson Adam Reyes (Jessica), granddaughter Amy Boehm (Troy), all of Prescott. Bill loved his family, wonderful friends, former students, and the community of Prescott. He requested donations be made to the Prescott Public Library or the Salvations Army. A celebration of his very full and interesting life will be held at a later date when people are allowed to gather again after the Covid-19 pandemic.