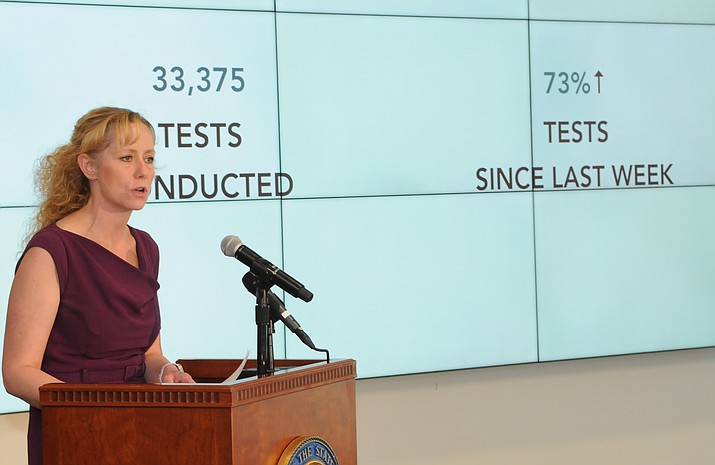 The Arizona Department of Health Services is expanding its criteria for COVID-19 testing beyond high-risk people and those with symptoms of the disease, according to a blog post Thursday.

“Today, we issued updated standing orders, expanding the criteria for testing to anyone who thinks they have been exposed to and could be infected with COVID-19,” wrote Dr. Cara Christ, director of ADHS. “Previously, this order was limited to high-risk individuals and those with specific symptoms,” which include a dry cough, fever and persistent fatigue.

In recent weeks, however, the number of tests done in Arizona has actually declined, the Arizona Republic reports. According to data from ADHS, testing peaked the week of March 22, at 12,724 and held steady for the week of March 29, but decreased to 10,680 the week of April 5. Numbers rose to 11,128 the following week but dropped to 5,302 the week of April 19. Officials caution that those numbers may change because of a reporting lag of four to seven days. Positive results for COVID-19 increased from 9% to 12% in that time period, and experts say that having more testing available will lower that rate.

As of April 24, the Arizona Department of Health Services reported 6,045 cases of COVID-19 and 266 deaths in the state. It said 60,714 tests for COVID-19 have been completed as of April 24 in public and private labs in Arizona, and 9% of tests have come back positive for the virus.