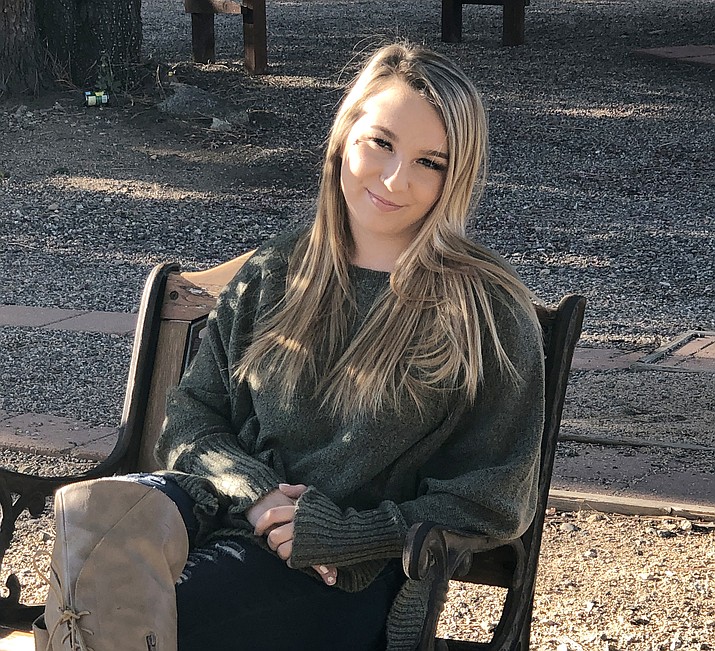 A teen girl died from fentanyl overdose by Courier Video

One choice. One pill. One life.

Sommer Cupp of Prescott Valley describes her 17-year-old stepdaughter’s death from a fentanyl overdose on March 22 in those succinct, albeit powerful, words.

Hannah Cupp died peacefully in her bedroom after taking one innocent-looking pill with ravenous contents.

Perhaps Hannah trusted the person who left the pill with her, yet she suffered a cruel fate because of it. A toxicology report conducted at the scene revealed a 95% positive test for fentanyl, an extremely potent synthetic opioid pain reliever.

“Hannah didn’t know it,” Sommer said of the pill’s dangers from her family’s home on April 22. “… She was told it was something else.”

Hannah was not a drug addict. Far from it, in fact. She had a good life. Her curiosity may have gotten the better of her, as so often happens with young people.

Sommer and her husband of 15 years, Michael Cupp, 41, raised Hannah together. They kept a strong bond. Not until the last week of Hannah’s life were red flags visible. She had been driving back and forth from Phoenix and hanging out with a mysterious boyfriend.

For three days prior to her death, Hannah was locking her bedroom door; her boyfriend apparently sneaking in and out. The door was not locked the morning of April 22, however.

Michael, Hannah’s biological father, and Sommer describe their concerns with Hannah’s boyfriend from the Phoenix area, a young man they did not know well enough.

Michael was not oblivious to the boyfriend’s demeanor. As any good father would, he spoke with Hannah about his reservations.

“We’d just carry on conversations all the time,” Michael said. “There was one boy that I had a bad feeling about.” 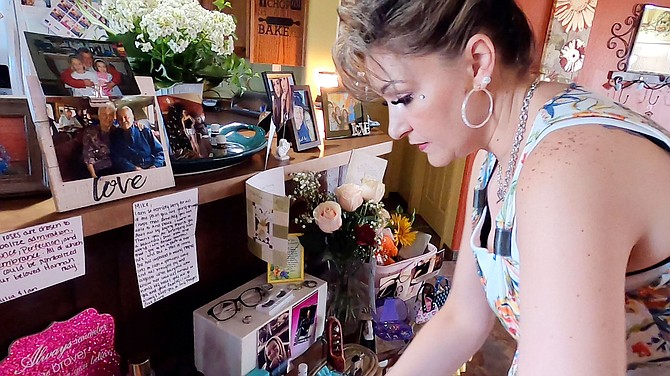 Hannah didn’t graduate from high school, but she earned her GED and was excited about starting a career in cosmetology after attending beauty school. Sommer home schooled Hannah for 2-1/2 years.

A portrait of Marilyn Monroe hung in Hannah’s bedroom. Hannah had a gift for beautification.

“Her friends flocked here to get their makeup done,” Michael said.

Hannah journaled a lot, something her paternal grandmother, Charlene McKee, noticed. Hannah’s maturity jumped off the pages of her journal, making her one bad choice difficult to comprehend.

“She set goals, kept track of her expenses in spiral notepads,” McKee said. “She paid her own bills, and put that in there. She offered to pay for her cellphone and her car. She was a good girl.”

Before the coronavirus pandemic, Hannah was a server at Buffalo Wild Wings in Prescott Valley for 1-1/2 years, and Michael said she was a hard worker. She enjoyed helping customers.

But after the pandemic struck, Hannah lost her job. She may have had too much time on her hands, Michael says.

He blames boredom for Hannah experimenting with that one pill. Hannah knew the dangers of drug experimentation, particularly fentanyl, her family says.

The day of her death, Michael and Sommer were at the house. They didn’t go into Hannah’s room initially because she tended to sleep in. During the mid-afternoon, Hannah’s 11-year-old half-sister, Randi-Rayne Cupp, and Michael were in the driveway washing Hannah’s white Ford pickup truck — the one Michael bought for her.

At one point, Michael asked Randi to wake up Hannah. Upon entering her room, Randi sensed something was wrong. She got scared and had a bad feeling in her stomach.

Hannah was found lifeless, clutching her cellphone in a fetal position.

In the wake of her passing, Hannah leaves behind so many people who loved her. They have been ravaged by this. The family is currently going through therapy and grief counseling, and a minister from a local church has lent support. A memorial service for Hannah will be scheduled once the coronavirus threat subsides.

“It’s time to do something [about fentanyl],” Michael said. “Time is up.”

Facebook posts have been flooding in, even from people who didn’t know Hannah that well.

One day, the Cupps received a 3-foot-tall bouquet of sunflowers from a girl who wasn’t close to Hannah, but knew her nonetheless. She had penned a heartfelt note, which the Cupps kept.

Sommer does not share blood relations with Hannah, but Hannah may as well have been her child. Sommer met Hannah when she was 18 months old and they soon became close.

“She was likable, loving, caring, smart and intelligent,” Sommer said of Hannah.

McKee, a 45-year resident of Dewey, and Randi feel the pain every day, too, as much as Michael and Sommer. They want to stop fentanyl’s death grip — now.

“There’s got to be a way to have people held accountable [for possessing fentanyl],” McKee said regarding fentanyl prosecutions. “Something needs to be done. We need to enlighten parents. This is critical, and it’s an awful drug.”

Michael said all of Hannah’s close friends see the tragedy in her death.

“I never thought I’d be losing my daughter,” he added. “Everything was perfectly fine.”

Randi’s perspective on Hannah shined even more light on how special her half-sister was.

“I want her to be remembered as how beautiful and kind she was, and how much she impacted me,” Randi said. “She would do my makeup or do a TikTok [short-video app] with me, help me with my homework.” 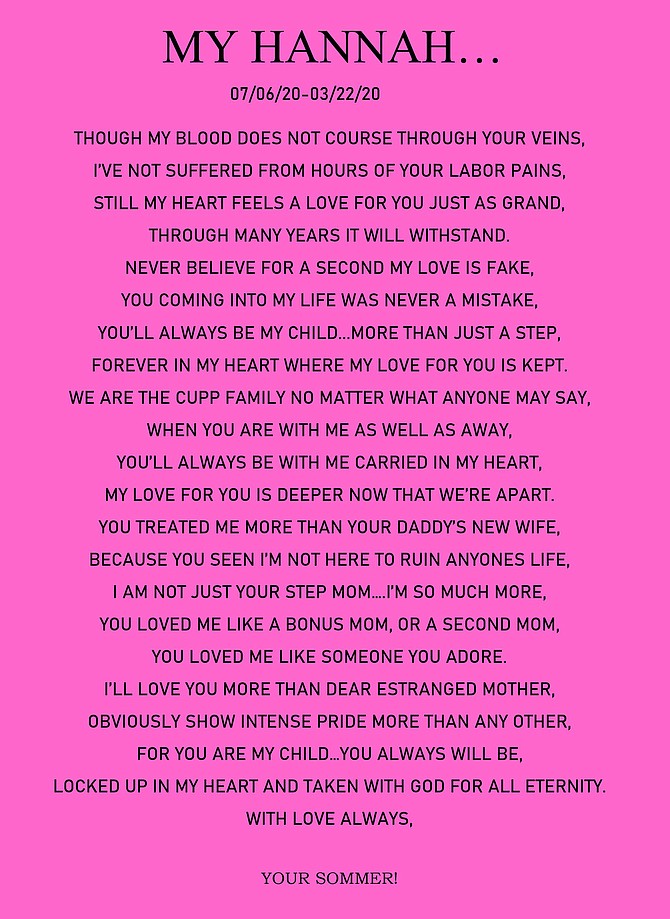