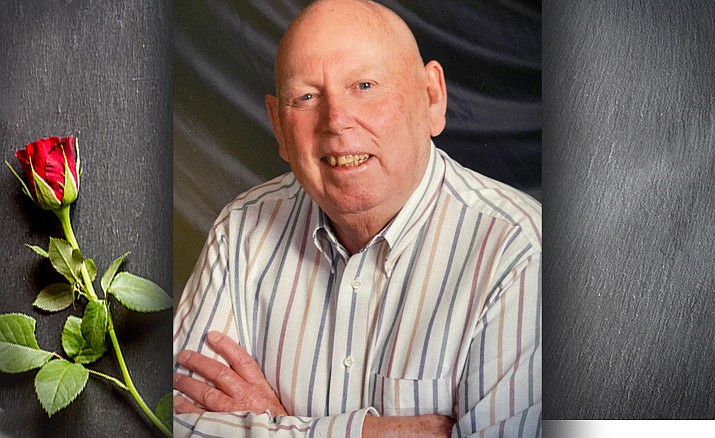 On Friday, April 10, 2020, Gerald Paul Couch passed away at the age of 77 after a battle with pulmonary fibrosis. Jerry was born on July 9, 1942, to Paul and Theresa Couch. When Jerry was 17, he enlisted in the United States Air Force. He served as a flight engineer on the C123s delivering strategic equipment to the radar sites in the remote areas of Alaska. His Alaskan Air Force buddies became life long friends. Jerry was then transferred to Plattsburg Strategic Air Command in New York. It was here he met the love of his life, Judy Mageean. They married on February 8, 1964 and had three daughters. Jerry incorporated the value of hard work and integrity into all aspects of his life. His drive to succeed led him to owning his own trucking companies in California and Arizona. There was never a dull moment in Jerry’s life. His charismatic personality made even a stranger feel comfortable with just a few words. A full array of wonderful qualities, Jerry always had a great story to tell, entertained as a DJ, and would dance til the cows came home. Jerry brightened the room when he walked in, with his good nature and love of life, bringing a smile to everyone’s face. His sense of humor was second to none. After retiring from Prudential Overall Supply, Jerry and Judy traveled extensively. He so enjoyed his weekly breakfasts and golf games with the Boys and looked forward to his weekly Thursday night dinners with the Gang. He lived a full life with no regrets. Jerry was preceded in death by his father, Paul; mother, Theresa and sister, Betty. Jerry is survived by wife, Judy; daughters, Laurie of Pretty Prairie, Kansas; Christine of West Yellowstone, Montana; Kathleen (Joni) of Wichita, Kansas; grandson, Austin of Wichita, Kansas; sister, Peggy (Teddy) Grossini of Lompoc, California and numerous nieces, nephews, special friends and granddogs. A private memorial mass will be held at St. Joseph’s Catholic Church in Mayer, Arizona on Saturday, April 18, 2020. Inurnment and Celebration of Life will take place at a later date. Donations can be made to the Pulmonary Fibrosis Foundation or your local food bank in Jerry’s memory.