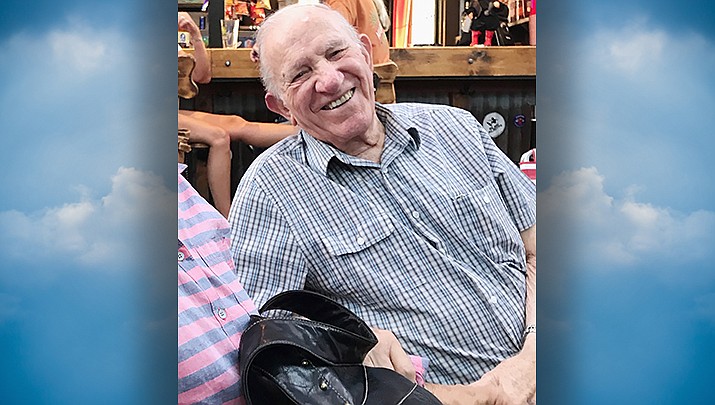 William “Bill” Lohmeier, 87, surrounded by loved ones, went to be with the Lord from his home in Prescott, Arizona on March 31, 2020. He was born December 28, 1932 to Harold and Florence (Paquette) Lohmeier in Rush City, Minn. He was an honor student and Letterman at Stillwater High School (Class of 1950).

After serving briefly in the Army, and attending Wabash College on an academic scholarship, Bill worked for Dunn & Bradstreet in St. Paul, Minn., where he met the love of his life, Barbara Ann Weinzettel. They married in 1956 and started a family. Moving to Tucson in 1960, Bill pioneered businesses in photofinishing, gift shops and went on to design southwestern gifts for his wholesale company.

A man of deep faith, he was miraculously healed of stage 4 cancer, at a prayer meeting in 1972. He soon resumed full-time business-building, coaching little league, and attending activities of all his seven children and many grandchildren. In 1996, after working for decades in Tucson, Bill relocated his wholesale business to Prescott, where he and Barb eventually retired.

Bill, a devout Catholic, participated in Cursillos in Tucson, parish councils, and later, St. Vincent de Paul charitable work in Prescott. As a husband of 64 years, a dad, grandpa and “G-G-pa”, Bill was a hard worker and generous provider. He enjoyed golf and poker with family and friends.

Bill is survived by his beautiful wife, Barbara; sons, William (Silvia), Daniel, Gary (Jennifer), John (Michelle), Robert (Shannon) and Joseph Lohmeier and daughter, Mary Jo (Dan) Gugelman; 17 grandchildren, and 22 great-grandchildren. He is also survived by a number of other relatives and wonderful friends. In addition to his parents, Bill was preceded in death by his two sisters, Mary and Betty; brother, James and granddaughter, Gina Marie Lohmeier.

The family would like to offer heartfelt thanks to the entire staff of Abrio Care, for their compassionate care of their beloved family patriarch. In lieu of flowers, the family requests expressions of sympathy be offered in the form of contributions to St. Vincent de Paul. Interred at East Lawn, Tucson, April 7, 2020. Due to current events, funeral service restrictions were followed.