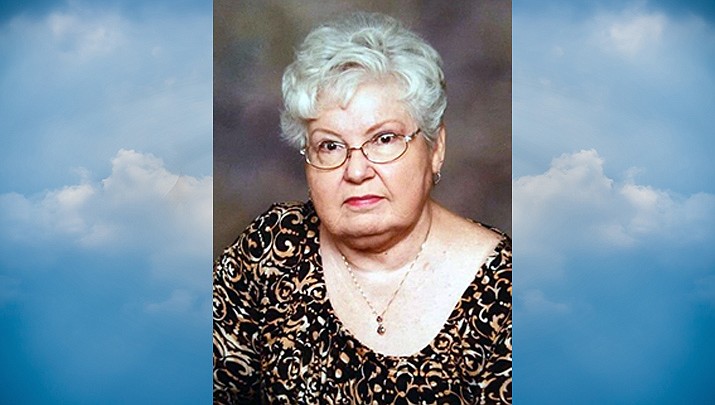 Gail Marie Kentch, beloved wife, mother, sister, and friend to all who met her, passed away at her home in Black Canyon City, Arizona on March 29th, 2020, at the age of 78, after a grueling battle with Breast Cancer. Gail Fitzgerald was delivered by a midwife at her home in Seligman, Arizona to Victor Winslow Fitzgerald and Desolea Joan Fitzgerald (Bond) on December 19th, 1941.

Her family moved to Prescott, as her father worked for Santa Fe Railroad. Gail attended Prescott High School, where she was active in Chess Club, Jr Red Cross, Music Festival, and Madrigal Chorus. She graduated in 1959. Gail met Don Kentch as he and Stu Pribble drove past Bonnie and Gail walking past the library. Stu knew Bonnie, but Don and Gail had never met. They picked the girls up and the rest was history.

Don and Gail married on September 4th, 1959. According to Gail they wanted to go to a car show at Disneyland and her parents said she couldn’t go unless they were married.

All five of their girls were born and raised in Prescott, where Gail was active in the PTA as a secretary, as a Girl Scout Leader, as a member of the Questers Club, restoring and preserving antiques, Bowling League, researching genealogy, and The First Baptist Church. She was an artist and took classes at Yavapai College. She had her own kiln where she fired pottery, she painted, crocheted, created macramé, and her famous “Grankie Blankies.”

She attended Cosmetology School and put her artistry to work as a cosmetologist. She worked at Montgomery Wards once most of her children were older, then started with Mountain Bell on the cord board in 1978, eventually retiring from Qwest Communications in 2002.

She really found her calling when she started working as a support fire dispatcher for the Prescott and Apache-Sitgraves National Forest and the Bureau of Land Management. She served as a seasonal forest fire logistical assistant moving thousands of resources to and from wildfires and traveled to nearly every state to support the local wildfire dispatch centers. The last season she worked was 2018.

“Grankie” had a wide range of people who loved her. She will be missed by so many, from her husband, Don of 60 years, her brother, Donald Fitzgerald; her sister- in-law, Louann Fitzgerald; her girls, Dawn Schur, Sheri Collins, Deneen Cone, Joan Welch and Amie Kentch; 12 grandchildren, 24 great-grandchildren; her many card game playing groups, camping friends, dispatch friends and her Red Hat Group in Show Low. Gail was proceeded in death by both of her parents Victor Fitzgerald and “Joan” Fitzgerald, and her in-laws Evelyn Kentch (McQueen), Marc Kentch, Betty and Larry Miller, and Shirley and James Tersey.

A Celebration of Life to take place at a future date. In Lieu of flowers donations would be appreciated to: Cancer Treatment Center of America or a local breast cancer organization.

The impact she had on our lives will never be forgotten and she will be in our thoughts forever as we know she is watching over us on the rest of our journeys.