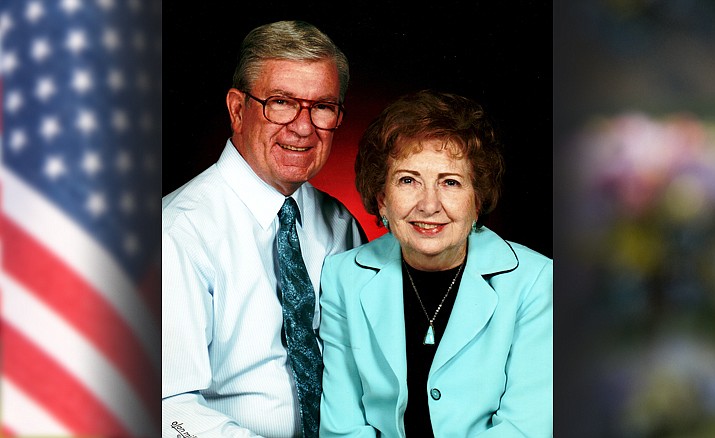 Carol Ann Stimple was born in Prescott, Arizona on March 19, 1939; she peacefully passed away at home on April 1, 2020 at the age of 81. She was the first daughter of Bruce and Helen Rush.

Growing up on the 7 Bar 7 cattle ranch, Old Black Canyon Highway, was very memorable for Carol. She attended Washington Elementary School, Prescott Junior High School and she graduated from Prescott High School in 1957. She earned her Bachelor of Arts Degree, with distinction from Arizona State University and her Masters of Arts Degree from Northern Arizona University. Square dancing with Yavapai Twisters and Yavapai County Fair participation were two of Carol’s favorite extra-curricular activities.

She married Sam Stimple on November 25, 1967 in El Cajon, California. When the family returned to Prescott in 1977, Carol became affiliated with Prescott Pop Warner football as board officer and game statistician. Carol was an active 50-year member of Delta Kappa Gamma, which is an honorary international society for key women educators. She also served as a volunteer at Yavapai Regional Medical Center for 25 years.

Carol, Sam and Kevin became members of Trinity Presbyterian Church in 1985. Carol was Sunday School teacher, a deacon and a member of the church’s memorial reception team.

Carol will be missed by her husband of 52 years, Sam; her son, Kevin Stimple, her daughter-in-law, Amy Stimple; her three grandchildren, Nick, Jordan and Kristen; her sister, Ella Heydorn; her niece, Libby Midkiff and two great-nephews, Austin and Logan.

A Memorial Service will be scheduled at the Trinity Presbyterian Church at a later date. Hampton Funeral Home provided assistance and guidance.