Passenger numbers decline at Prescott Regional Airport due to COVID-19 threat
Number of flights also down, and more impact is likely 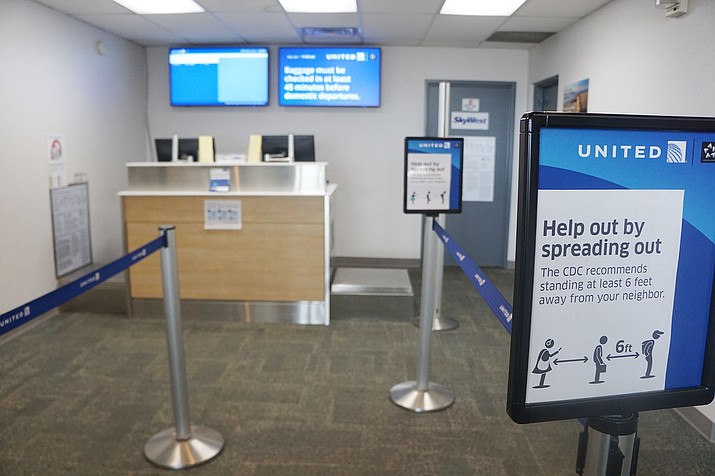 Passenger numbers have fallen dramatically on flights from the Prescott Regional Airport because of the threat of the coronavirus (COVID-19). Load factors are expected to be in the 10%-to-20% range in coming months. (Cindy Barks/Courier)

Commercial flights continue to depart from the Prescott Regional Airport for Los Angeles and Denver, but dramatically fewer passengers are on board these days.

Unlike the nearly full planes of last year at this time, today’s United Express flights have been leaving with 30% or less of their seats occupied.

During the era of coronavirus (COVID-19), passenger totals are not the only numbers that are down at the airport. United Express (operated by SkyWest Airlines) has also reduced the number of daily flights to Los Angeles from seven a week to five a week.

That reduction was made because of the lower numbers during the COVID outbreak, Airport Director Robin Sobotta said this week. The airline chose to suspend the L.A. flights on Saturdays and Tuesdays — the days with the lowest passenger numbers.

Meanwhile, the airport has also been put on notice that Prescott’s overall flights could be reduced to five per week, based on an “order to show cause” from the U.S. Department of Transportation, Sobotta said.

She was uncertain this week when the official word would come on that possible reduction or how it would affect Prescott’s L.A. and Denver schedule.

In a Friday, April 3, email, Marissa Snow, spokesperson for SkyWest Airlines, said: “In light of reduced demand as a result of the COVID-19 pandemic, we are continually evaluating flight schedules across our network and remain dedicated to providing United Express service to the Prescott community.”

Also, in response to safety measures being taken, Snow said, “The health and safety of all onboard our aircraft is our top priority. We have worked with our mainline partners to increase cleaning measures well beyond CDC (Centers for Disease Control and Prevention) guidance on every flight, and are making efforts to provide additional space among passengers when flight loads allow.”

Sobotta reported this week that March — typically one of the airport’s busiest months because of spring break trips — had 1,330 enplanements in 2020.

While March 2020 had a week or two of high numbers before the COVID threat escalated, Sobotta said April and May likely would have even lower load-factor percentages.

“We do expect three low months,” she said, estimating that load factors could be in the 10%-to-20% range.

For the year of 2019, the Prescott Airport recorded 27,730 boarding passengers — the highest total ever.

And airport officials had been projecting as many as 35,000 enplanements in 2020, based on a third daily flight being offered (due to the expected summer limitations on runway length).

So far this year, the total stands at 4,772 enplanements.

Still, Sobotta said she was optimistic that the airport would exceed the 10,000-enplanement level that the airport had long worked to achieve in order to be eligible for significantly more federal money.

“I believe we definitely are going to exceed 10,000 enplanements for the year,” she said. 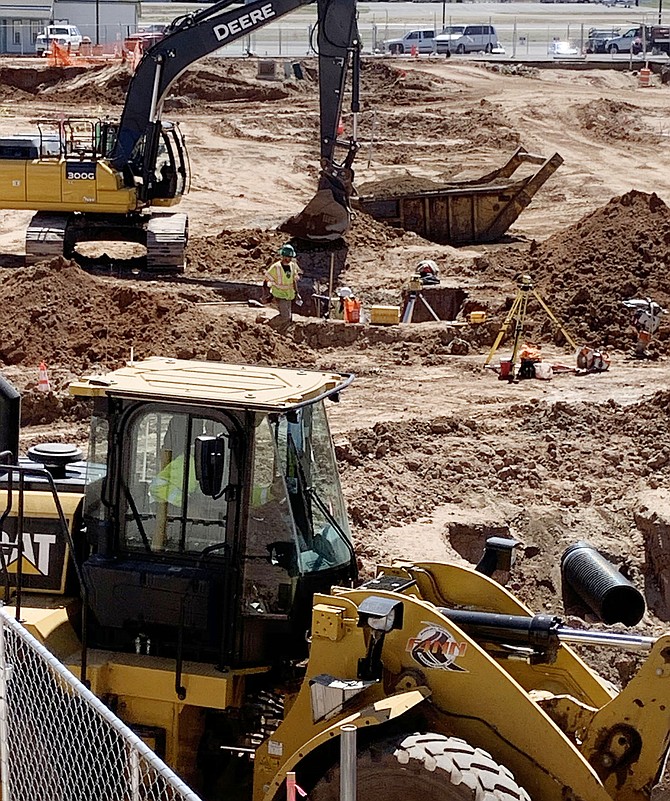 Despite the ongoing COVID-19 threat, work continues on the $15 million new passenger-terminal project at the Prescott Regional Airport. The project is expected to be done by mid-March 2021. (Robin Sobotta, City of Prescott/Courtesy)

While flights are down, ongoing work on the new $15 million passenger terminal has been largely unaffected by the COVID threat.

“So far so good — we’ve had no delays because of the supply chain,” Sobotta said.

She noted, however, that the rainy, snowy winter/spring had served to delay construction for about three weeks.

That will push the terminal opening off to about mid-March 2021, rather than the previously anticipated February completion date.

A related benefit of the ongoing terminal construction project is that it is expected to keep many area construction workers employed. “The terminal project will employ hundreds,” Sobotta said. “The construction is a great stimulus for the community.” 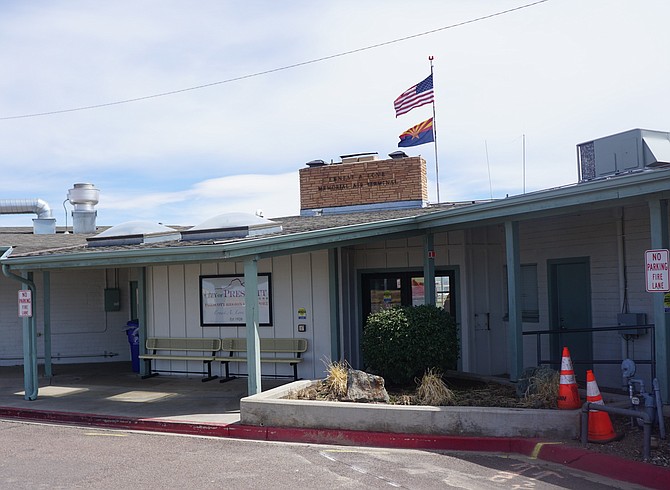 Work is underway on a new $15 million passenger terminal for Prescott Regional Airport. The project will replace the City of Prescott’s aging 1940s-era terminal. (Cindy Barks/Courier)