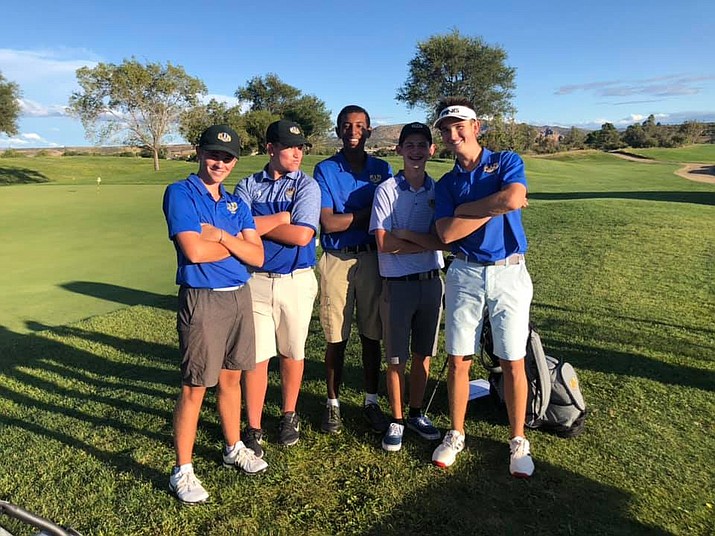 Prescott boys golf poses for a photo during a match against Bradshaw Mountain and Page on Wednesday, Sept. 25, 2019, at Antelope Hills Golf Course in Prescott. (Dan Osterloh/Courtesy)

The Badgers dominated the individual standings, occupying five of the top six spots. Prescott junior Cademon Buettner tied for first with Page’s Ezra Larson as they both shot a 39 (+3). The rest of the top six was rounded out by junior Chance Hill (+4), senior Carter Libis (+4), senior Beniam Osterloh (+5) and sophomore Brent Chambers (+6).

The Badgers are currently ranked 12th in Division II and have a firm grip on first place in Region 7, according to head coach Dan Osterloh. The top 10 teams at the end of the regular season qualify for the state match.

The girls were just as impressive as their 205 (+61) score was miles ahead of Bradshaw Mountain’s 258 (+114). Brannagh Woods and Kaity Kasun headlined the Badgers’ efforts with respective scores of 43 (+7) and 44 (+8), which were good enough for first and second place.

The Prescott girls team is now 6-0 this season.