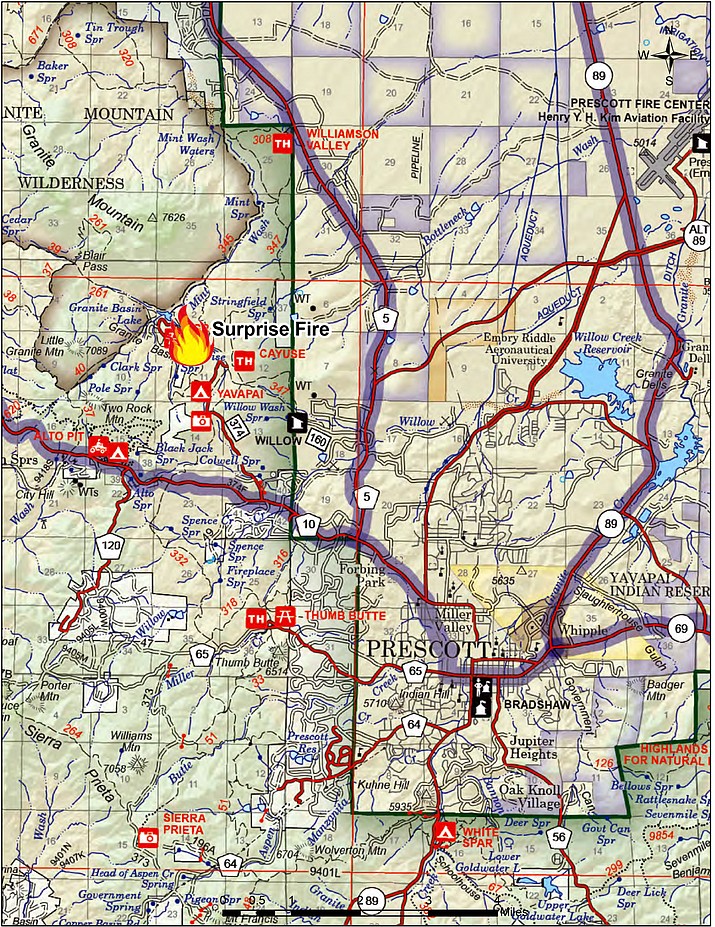 The Surprise Fire is burning in the Granite Basin Recreation Area 7 miles north and east of Prescott. (Prescott National Forest/Courtesy)

After taking into consideration the fire’s location, the fuels it is burning in and current and predicted weather firefighters will begin burning operations along those containment features allowing it to burn and consume dense forest fuels, according to a news release. The fire poses no danger or threat to any residents or structures, but smoke will be visible to motorists traveling in the area and residents of Prescott.

The following closures are in place for public and firefighter safety. Yavapai Campground will be closed until Tuesday, Sept. 24, 2019; along with Trail #349, Balancing Rock Trail and Trail #350, Surprise Spring Trail. 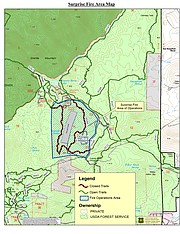 The Surprise Fire is burning in the Granite Basin Recreation Area 7 miles north and east of Prescott. (Prescott National Forest/Courtesy)

Granite Basin Road, Granite Basin Lake, Day-Use Areas and trails in the Granite Basin Recreation Area will remain open; however, forest visitors should expect delays due to firefighters working on the roadway and smoke. Forest officials ask visitors to consider using alternative locations to recreate over the weekend to avoid impacts from smoke. Please call the Bradshaw Ranger District at 928-443-8000 for more information.