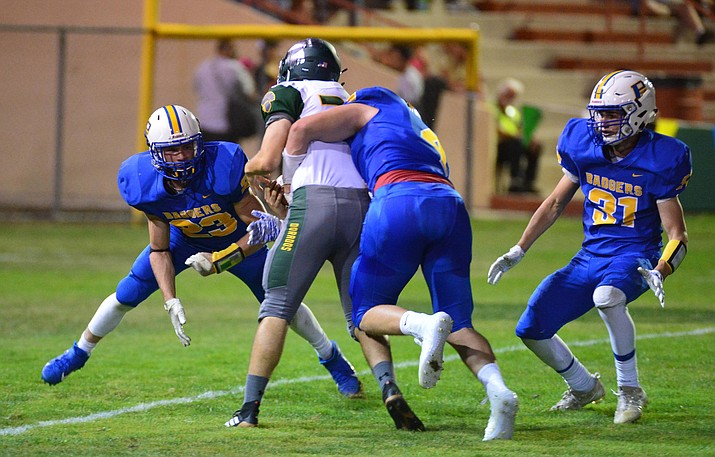 Who: Flagstaff Eagles at Prescott Badgers

Last Week: Prescott – Sylas Espitia ran for two touchdowns, Dellin Boyd threw for two more and the Badgers scored 30 unanswered points in the first half in a 46-0 blowout over Deer Valley; Flagstaff – After winning their first two games of the season, the Eagles stumbled against Tempe in a 18-7 loss last week.

The Setting: Prescott began the fall with two straight losses to more-than quality opponents in Desert Edge and Canyon Del Oro, which will likely be ranked when the AIA releases its first round of power point rankings Tuesday, Oct. 1, but have since bounced back for two consecutive wins. Look for the Badgers to key in on Flagstaff’s running game, potentially stacking the box to stop senior running back Luis Jaramillo and company.

New Field: With the $2.5 million project at Bill Shepard Field nearly complete, Prescott will host Flagstaff for homecoming on a brand new artificial turf Friday night. The new stadium lights, field and even railings in the home side’s bleachers are all installed. Only the track remains, which is scheduled to be complete by next month.

Homecoming Activities: Alumni are welcome to join in on the 5 p.m. tailgate party on the senior patio. Gates open at 5 p.m., while Native Air will fly in a helicopter with the game ball. The homecoming king and queen will also be crowned at halftime.