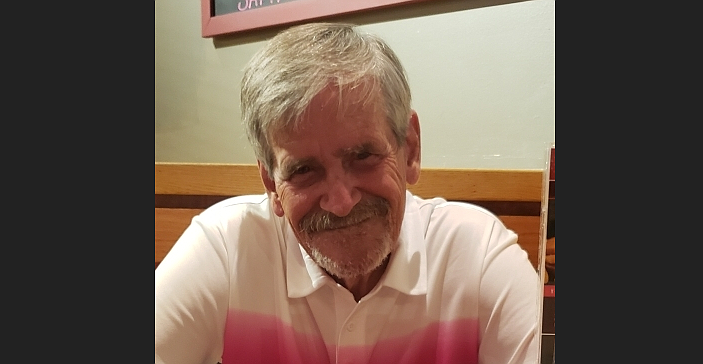 Paul Richards, 67, of Prescott was reported missing Wednesday, Sept. 18. He was last seen the previous day and his vehicle was found in the parking lot at the Peavine trailhead on Sundog Ranch Road. (PPD/Courtesy)

The Prescott Police Department (PPD) closed Peavine Trail while they search for a missing Prescott man Wednesday, Sept. 18, and their efforts were hampered by drones flying in the area.

A family member reported Paul Richards, 67, missing Wednesday after not hearing from him since about 7 a.m. the day before, according to a PPD news release.

The family member said Richards frequents the trails located at the Peavine trailhead on Sundog Ranch Road and Prescott Lakes Parkway, so officers went to the area and found his car in the trailhead’s parking lot, according to the release. Based on information at the scene, the vehicle had been there since the previous day at around 9:30 a.m.

Officers looked for Richards on the Peavine Trail and showed many hikers a picture of Richards, but no one reported seeing him on the trails, PPD reported. During the search, a request was made for the Yavapai County Sheriff’s Office Search and Rescue Unit to assist.

As of Wednesday night, a command post was set up in the parking lot of the Peavine Trailhead and the trail — including its parking lots — was closed. Police were asking people to avoid the area and let them know if they encountered Richards at all on the trail since Tuesday morning.

Police reported Wednesday night two unauthorized drones flying in the search area kept a helicopter from aiding in the mission. It is illegal to fly in restricted airspace and those who interfere with the investigation will face potential prosecution.

Richards is described as a 6-foot white man weighing about 200 pounds with grey hair and blue eyes. He has a short beard or goatee and was last seen wearing tan shorts, a light colored short sleeve plaid shirt and white tennis shoes.

“[Richards] is an avid hiker and knows this area very well,” Lt. Jon Brambila wrote in the release. “He had water with him and usually stays on the main trails but sometimes deviates off into the rocks.”

Anyone who has seen or spoken with Richards recently is encouraged to call the PPD at 928-445-3131 and speak with Det. Mike Frascone or Det. Aaron Jennison.