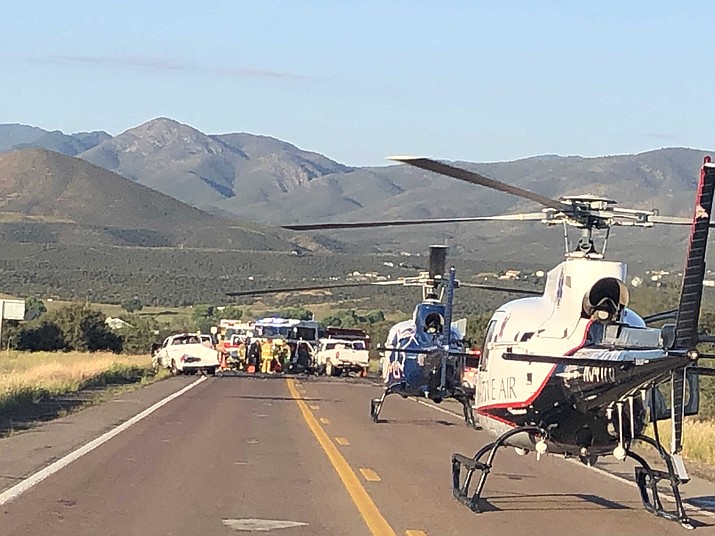 Highway 169 was closed for about three hours between milepost 1 near Highway 69 and Interstate 17 due to a three-vehicle crash Tuesday morning, Sept. 17.

Two vehicles crashed head on into each other during a three-vehicle collision on Highway 169 Tuesday morning, Sept. 17, 2019. (Don Lee/Courtesy)

The three vehicles involved were two trucks and a cement truck. The two trucks crashed head-on into each other at about 6:30 a.m., according to the Arizona Department of Public Safety (DPS). Two people involved in the crash were eventually helicoptered to a Phoenix-area hospital with life-threatening injuries, said Cougan Carothers, a battalion chief with the Central Arizona Fire and Medical Authority.

The Arizona Department of Transportation closed Highway 169 between milepost 1 near Highway 69 and Interstate 17 due to a major crash Tuesday morning, Sept. 17. (ADOT/Courtesy)

The Arizona Department of Transportation closed the highway at about 7 a.m. and reopened it at about 10:15 a.m.

The cause of the crash is still under investigation.